She would love to pull a giant upset and win the ANA Inspiration.

Yes, McDonald says it’s way too early to start thinking about that, but she is the first-round leader at Mission Hills after an opening 68. Like Lindberg, she’s bidding to break through to make her first LPGA title a major championship.

“I think in this position, which I’ve never been in, it’s so easy to get ahead of yourself,” said McDonald, 26. “For me, I’m just going to take it easy. I know that on the very first day, a great round is awesome, but there is so much more golf left to play.

“I’m just excited to put a good round together in a major, and look forward to teeing it up again tomorrow.”

McDonald is No. 106 in the Rolex Women’s World Rankings. Lindberg was No. 95 when she won a year ago.

“Overall, I’m really excited,” McDonald said. “Feel like my game is coming around like I want it to.”

McDonald is a proud, former Mississippi State standout. She carries a cowbell in her golf bag. Back in high school, she won the Mississippi boys’ state golf championship, the only girl ever to do so. Diagnosed as a Type 1 diabetic three years ago, she has had to overcome some physical challenges in her fledgling career. She bounced back from heat exhaustion and dehydration so severe at the LPGA’s Malaysian event two years ago that she was hospitalized after going into convulsions on the course.

They are challenges that appear to have toughened McDonald’s resolve.

The Dinah Shore Course was set up tough Thursday, and nobody played it better. 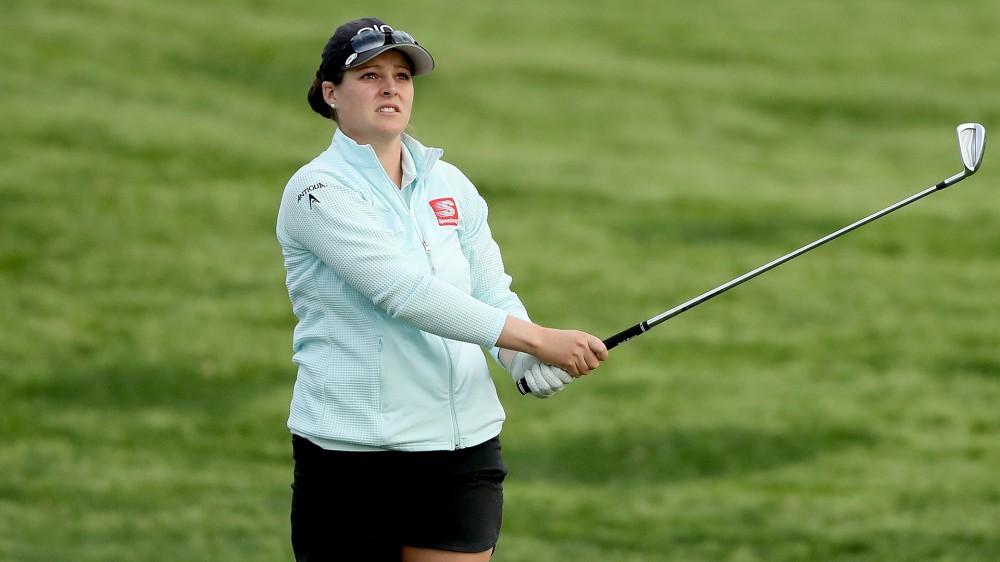