McGinley: 'Extraordinary' Rory could give up European Tour membership

Rory McIlroy’s recent reveal that he may rescind his European Tour membership in 2019 caught many by surprise, not the least of whom was his former Ryder Cup captain.

McIlroy told reporters this week in Dubai that he may only play two European Tour events outside of the majors and WGCs next year as he attempts to adjust to a revamped schedule and put more focus on PGA Tour success and adding to his major haul. According to European Tour bylaws, players must play at least four events, including their home Open, to maintain membership.

Paul McGinley led the European squad that included McIlroy to success in 2014 at Gleneagles, and he will succeed McIlroy as host of the Irish Open next summer. But he penned an opinion piece for Sky Sports in which he questioned why McIlroy couldn’t make more of an effort for his home circuit.

“It’s quite extraordinary that Rory’s not going to play just two more events to fulfill his European Tour membership next season. It’s very disappointing and it is obviously a blow for the European Tour,” McGinley wrote. “I’ve been racking my brains wondering how that can be. Obviously Rory sees it in other ways and has got his own rationale for that, although I’m finding it hard to understand!”

The new PGA Tour slate will make for fewer breaks between March and August, with players eyeing a significant event in each month. But as McGinley noted, with the FedExCup playoffs ending in August instead of September there could be a late-season window for players like McIlroy to return to Europe.

“You’ve got all of September, October, Novermber and December where the PGA Tour is played in Malaysia, Korea and various other places,” McGinley wrote. “Is Rory going to play in those rather than play in Dubai, where he has had unbelievable success and offers the exact same prize money as those events? Or is he not going to play at all over the last four months?”

McGinley also took another former No. 1 to task, questioning why Justin Rose opted out of this week’s European Tour season finale in Dubai. Rose successfully defended his title at the Turkish Airlines Open to move to third in the season-long Race to Dubai, but he skipped the final two events as reports swirled that he is planning to make an equipment overhaul for 2019.

“I think it’s disappointing from a European Tour point of view, as it’s our flagship event at the end of the year where the top players gather in the sun,” McGinley wrote. “He lives in the Bahamas and he’s probably thinking he might not want to come all the way over here for one week, but for $600,000 (third-place bonus) as well as whatever else he would win here, it’s a big call.” 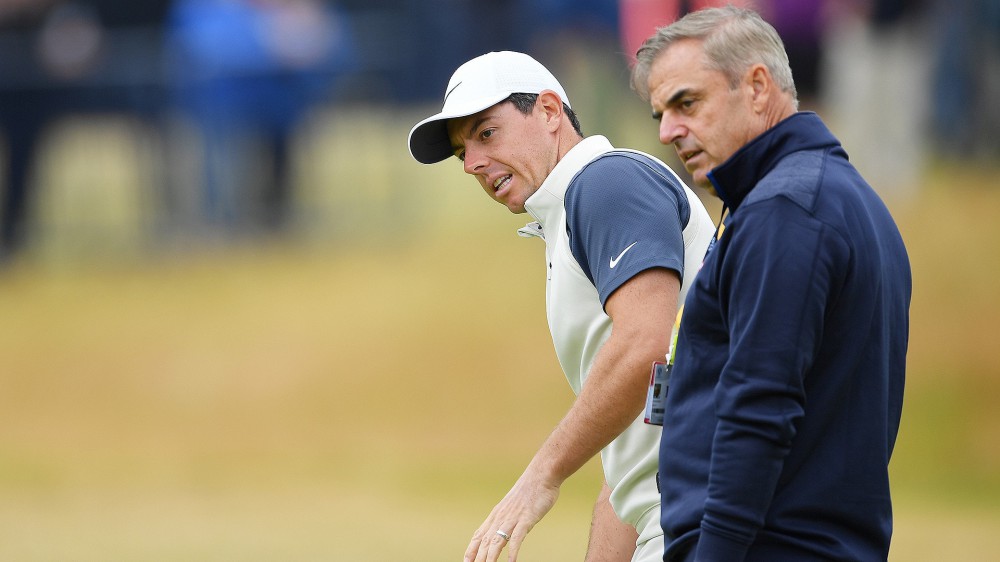