Rory McIlroy entered the week as the favorite to win, and after 18 holes of the Wells Fargo Championship, McIlroy co-leads with Joel Dahmen by a shot at Quail Hollow. Here’s all that unfolded Thursday in Charlotte, N.C.:

What it means: Playing for the first time since a T-21 finish at the Masters, McIlroy grabbed a share of the first-round lead at a tournament in which he’s won twice and notched four other top-10 finishes. McIlroy shot 5-under 66 as he continues a dazzling year that has included seven top-10s in eight starts.

Round of the day: McIlroy’s 66 featured six birdies, including five on the back nine. McIlroy turned in even par before birdieing Nos. 10, 11 and 14-16. Three of McIlroy’s back nine birdies came from inside of 6 feet while his longest birdie putt of the day was a 20-footer on No. 2. McIlroy now has eight rounds of 66 or better at Quail Hollow.

Best of the rest: Without a top-10 since last fall’s DP World Tour Championship, Reed was among those to open in 67. He missed just four greens in regulation and didn’t make a bogey. Also, defending champion Jason Day shot 68 and Jason Dufner, who hasn’t finished better than T-63 in his past 10 starts and has dropped to No. 230 in the world, joined Day and others at 3 under.

Biggest disappointment: This year’s Genesis Open winner, J.B. Holmes, closed in quadruple bogey-bogey to shoot 9-over 80, his second straight score of 80 in a stroke-play event following his 8-over final-round performance at the Masters.

Main storyline entering Friday: While McIlroy leads, there are several notables who couldn’t seem to get anything going Thursday. Justin Rose shot 70, Phil Mickelson and Rickie Fowler posted 71s, and Hideki Matsuyama notched a 72. If these players can go low and join McIlroy, Reed, Day and others near the top of the leaderboard, the weekend has the potential to be thrilling.

Shot of the day: McIlroy threaded the needle on the 12th hole to give himself a great look at birdie. So what if he missed the putt?

Even @McIlroyRory can't believe what he just did. 😳 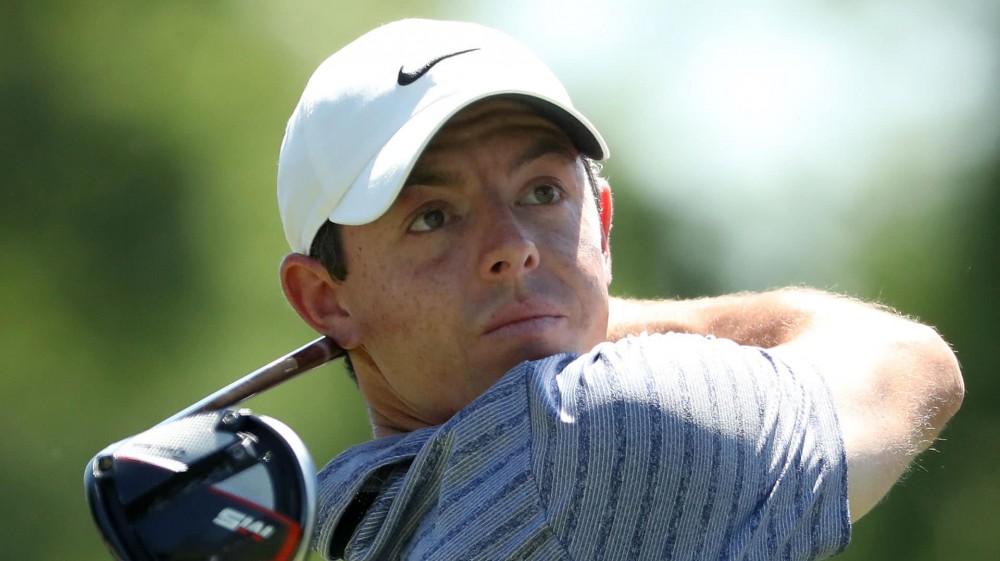