AKRON, Ohio – With another top-5 finish under his belt, Rory McIlroy is now set to turn his attention to one of his favorite venues.

McIlroy shot a 1-under 69 during the final round of the WGC-Bridgestone Invitational, his fourth sub-70 score of the week at Firestone Country Club. A tournament that began with controversy surrounding his new caddie ended with a respectable tie for fifth, as McIlroy bombed his way around the South Course with little hesitation.

“I thought I saw some improvements in my game from when I got here on Wednesday,” McIlroy said. “Drove the ball well. Sort of everything that I need to do next week, I’m pretty comfortable with. Just excited to get there and have a good look at some of the changes and get myself prepared for next Thursday.”

With three birdies over his first six holes, McIlroy appeared poised to repeat his final round from 2014, when he erased a three-shot deficit against Sergio Garcia and won this event by two.

But he missed chances on each of the next two holes, and a bogey on No. 9 dropped him down the standings as Hideki Matsuyama continued his charge to a five-shot win.

While the course has undergone changes in preparation for hosting next week’s PGA Championship, Quail Hollow remains one of McIlroy’s favorite haunts. He won there in both 2010 and 2015 and lost in a playoff in 2012, prompting Open champ Jordan Spieth to declare McIlroy the favorite heading into the season’s final major.

McIlroy also tied for fourth at Royal Birkdale, and when told of Spieth’s statement he didn’t exactly shy away.

“Trying to take some of the pressure off himself. I see what he’s trying to do,” McIlroy said. “I don’t know. I’ve won a couple times around there, I like PGA Championship setups. If I’m the favorite, I’m the favorite. I’m happy with that. Means I’m playing well. Much different than how I went into my last major. It’s amazing what two weeks can do, but such is life.” 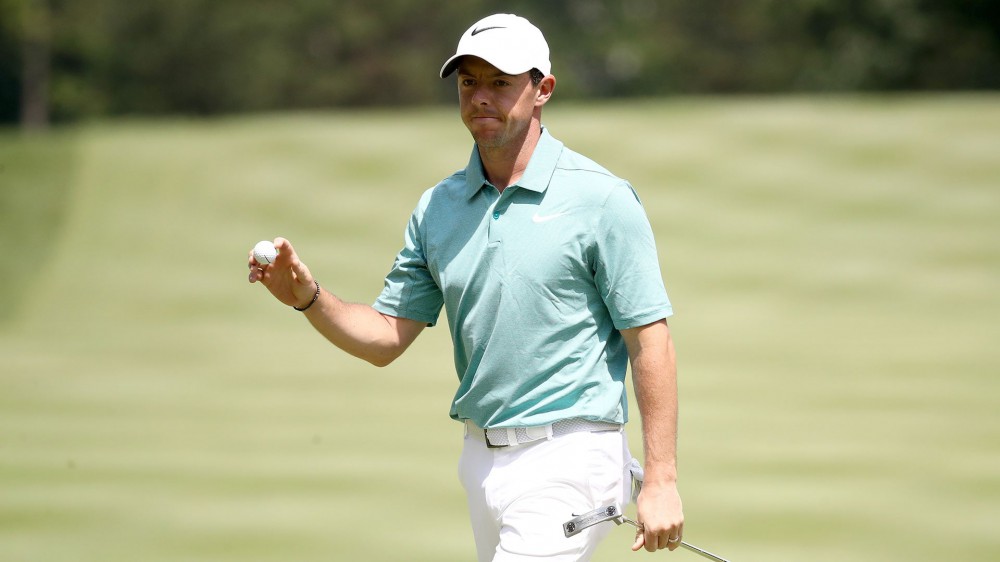