Rory McIlroy was indeed building to something — a Players Championship. The Ulsterman poured in four back-nine birdies to best Jim Furyk by one and break his one-year winless drought. Here’s how McIlroy overcame his recent final-round woes to stand triumphant at TPC Sawgrass:

What it means: This is McIlroy’s first Players Championship victory, his 15th PGA Tour title, and his first worldwide win in 365 days, since last year’s Arnold Palmer Invitational (March 18, 2018). One back to start the day, McIlroy, like many at the top of the board, backed up early, finding the water at the par-4 fourth en route to double bogey. Two over par through eight, he rallied back with birdies at Nos. 9, 11 and 12 to take the solo lead at 15 under. He appeared headed for another Sunday disappointment when he missed a 5-footer to save his par at 14. But he immediately followed with back-to-back birdies at 15 and 16 to retake the lead he’d never again relinquish. Two-putt pars at 17 and 18 closed out his biggest individual win since his last major victory, more than four years ago. He’s now three weeks away from taking his fifth crack at completing the career grand slam at Augusta National.

Best of the rest: At 48 years young, Furyk very nearly passed Fred Funk in a bid to become the oldest Players champion. The 2018 U.S. Ryder Cup captain, who only qualified for this field a few weeks ago via a T-9 finish at the Honda, carded five birdies, two bogeys and an eagle Sunday for a 5-under 67 and the clubhouse lead of 15 under. He was left to watch McIlroy play the final four holes.

Rounds of the day: Pepperell and Vegas both posted what was at one time the clubhouse lead of 14 under on the strength of matching rounds of 66. Both players sent the crowd at the par-3 17th into a frenzy when they holed two most unlikely birdie putts.

5️⃣0️⃣ feet from @PepperellEddie at the iconic 17th!

He's tied for the lead @THEPLAYERSChamp.

Vegas’ putt from 69 feet, 7 inches set the record for the longest putt ever made on the island green. Pepperell and Vegas were matched by Emiliano Grillo (66), who finished 7 under for the week.

Biggest disappointments: The final pairing of Fleetwood (73) and Jon Rahm (76) struggled early and saw their hopes dashed for good when they both found the water, back to back, at the par-3 17th.

Fleetwood and Rahm both find the water on 17. pic.twitter.com/Sz2fumvA6G

They combined to shoot 5 over Sunday.

Shot of the day: It didn’t win him the tournament, but for a little while, it looked it might have. Furyk’s approach from 172 yards to 3 feet at the 72nd hole:

Steps up when he needed it most. 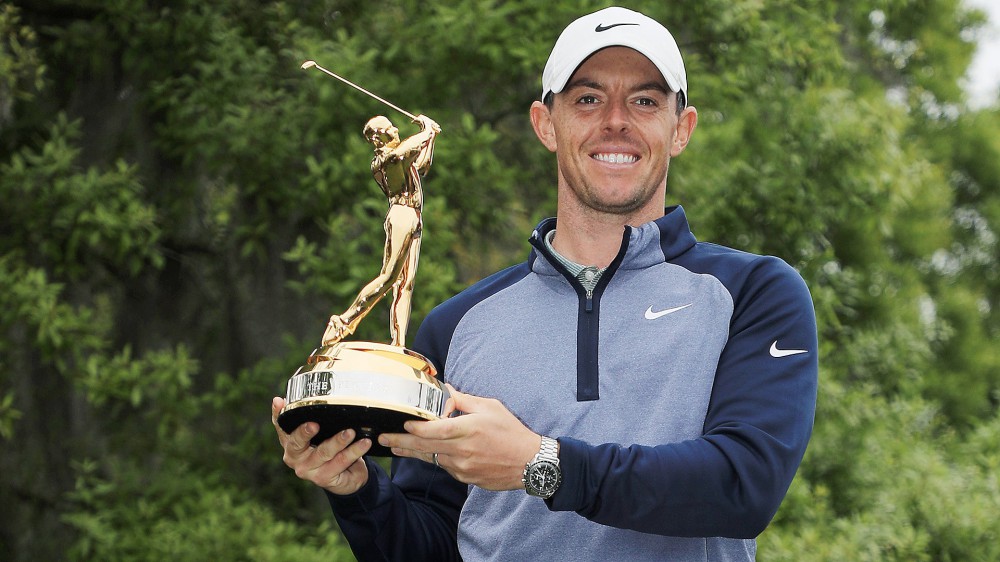