DUBLIN, Ohio – As he gets set for another starring role in a stacked field this week at the Memorial Tournament, Rory McIlroy threw a wet blanket over the recent trend that has put many of the game’s top players together in marquee, early-round groupings.

Fresh off a runner-up finish at the BMW PGA Championship on the European Tour, McIlroy will play the first two rounds at Muirfield Village alongside two other men who recently held the top spot in the world rankings, Dustin Johnson and Jason Day. But McIlroy explained that during The Players Championship, he told PGA Tour commissioner Jay Monahan that the Tour’s decision to arrange star-studded groups at their flagship event “sort of backfired a little bit.”

McIlroy was grouped with Justin Thomas and Jordan Spieth for the first two rounds at TPC Sawgrass, while Tiger Woods played with Phil Mickelson and Rickie Fowler. McIlroy, Mickelson and Fowler all missed the cut, while Woods, Thomas and Spieth eked into the weekend by making the cut on the number and never truly factored.

With more of the same likely in store two weeks from now at the U.S. Open, McIlroy expanded on the view he shared during his chat with Monahan.

“I mean I don’t mind playing with the top guys in the first two days, but the objective is to get those top guys in contention on Sunday,” McIlroy said. “So we’ll see if it works out or not over the next few weeks. But I get why they’re doing it, and I get why it creates a bit of a buzz at the start of the week. But I would rather see Rickie and Phil and Tiger play on a Sunday rather than on a Thursday and two of them going home.”

Although much of the attention at the Stadium Course was focused on Woods and Mickelson playing together for the first time in four years, McIlroy hinted that the portion of the spotlight shone upon his marquee trio, which included each of the last three FedExCup champs, didn’t contribute positively to their collective performance over the first 36 holes.

“There’s just so much buzz and hype around the group on a Thursday or Friday when there doesn’t really need to be,” McIlroy said. “And that could affect some players.” 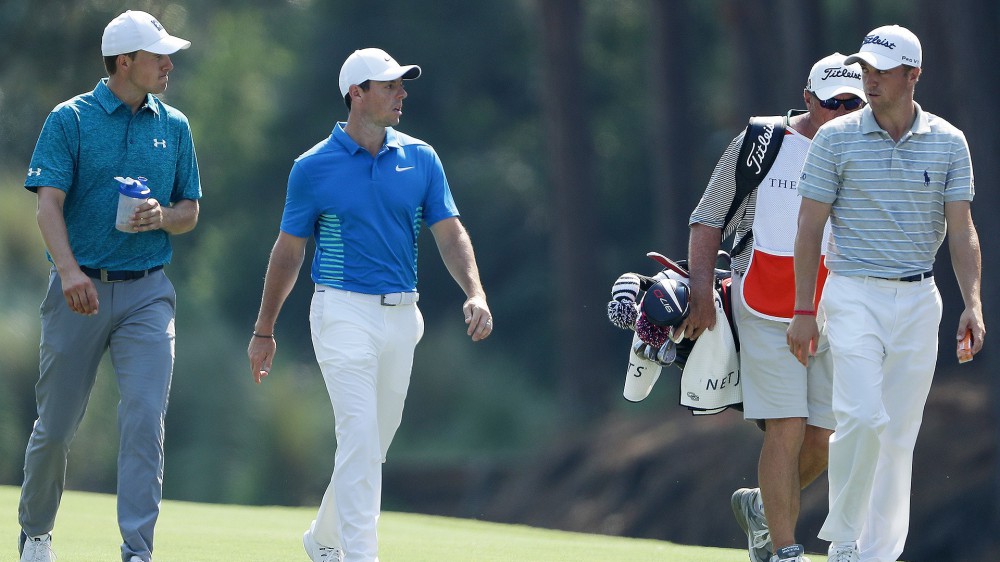