ATLANTA – Although Rory McIlroy is three strokes behind Tiger Woods at the Tour Championship and tied for second place he had the look of a man with a secret when he left East Lake on Saturday.

Trying to play catch up against Woods is never ideal, but McIlroy’s confidence stemmed from a tee-to-green game that has been unrivaled for three days.

“I definitely think today and the first day were similar,” said McIlroy, whose 66 included birdies at two of his final three holes. “I gave myself plenty of chances, and I think the biggest thing today was only just that one bogey. Got to put your ball in the fairway, put yourself in position, and for the most part, I did that today.”

The Northern Irishman needed 30 putts on Day 2 and ranks 23rd, out of 30 players, in strokes gained: putting.

McIlroy skipped the first playoff event, opting instead for an extra week at home to work on his swing and the move has paid off.

“I hit the ball well. My wedge play has been really good,” he said. “I’ve done a lot of work on it the last few weeks, and it seems to have paid off.” 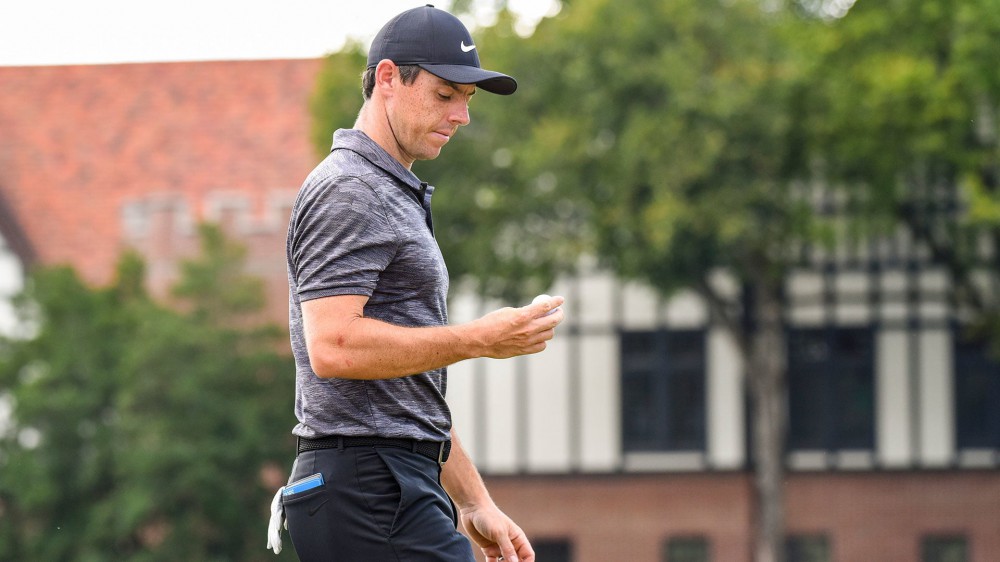