CHARLOTTE, N.C. – Following Tiger Woods’ victory at the Masters, Rory McIlroy posted one of the more interesting tweets of congratulations.

“Very few people really know what [Woods] has been thru to get back to this point,” he tweeted. “So cool seeing him with Tida, Sam, Charlie, Erica and the rest of the team behind 18 green. Couldn’t be happier for him! What a great day for golf! #TheMasters”

Woods’ health issues in recent years have been well documented and his comeback to major prominence has been compared to some of the greatest comebacks in all of sports. No one knows that better than McIlroy.

On Wednesday at the Wells Fargo Championship, McIlroy recalled having lunch with Woods in Jupiter, Fla., in March 2017, which is considered the low point of his comeback from multiple back surgeries.

“All he was thinking about was quality of life, watching his kids grow up, being able to play soccer in the backyard,” McIlroy said. “His mind wasn’t even on golf, which sort of told me he’s sort of thinking about this could be it.”

The perspective of competitor and friend gives McIlroy a unique vantage point to assess and appreciate Woods’ accomplishments. It also allows him to understand the possibilities.

“A lot of people were comparing it to Jack [Nicklaus] in ’86 and everyone knew that was going to be Jack’s last major championship,” McIlroy said. “Tiger could be competitive at Augusta for the next 10 years if his body holds up.” 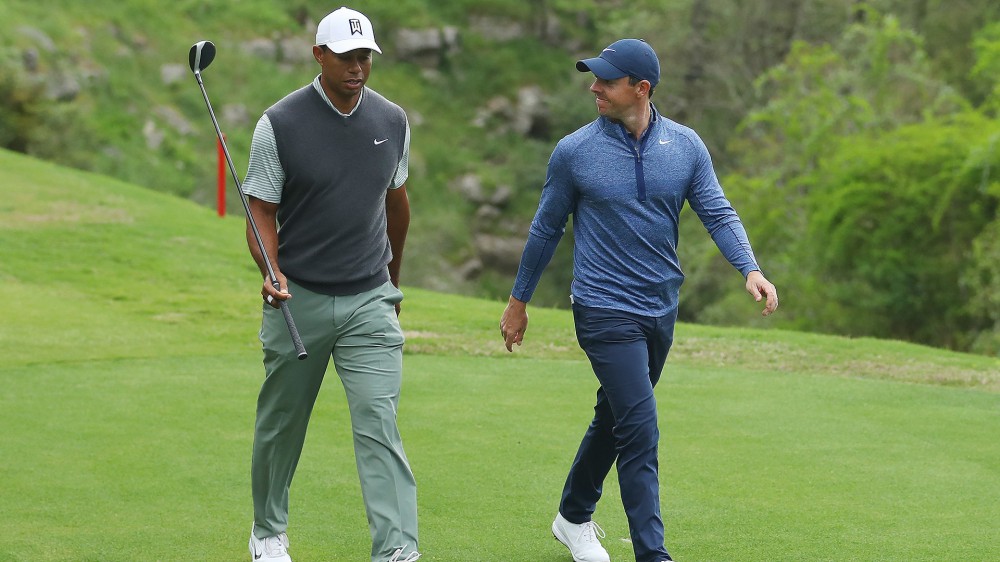