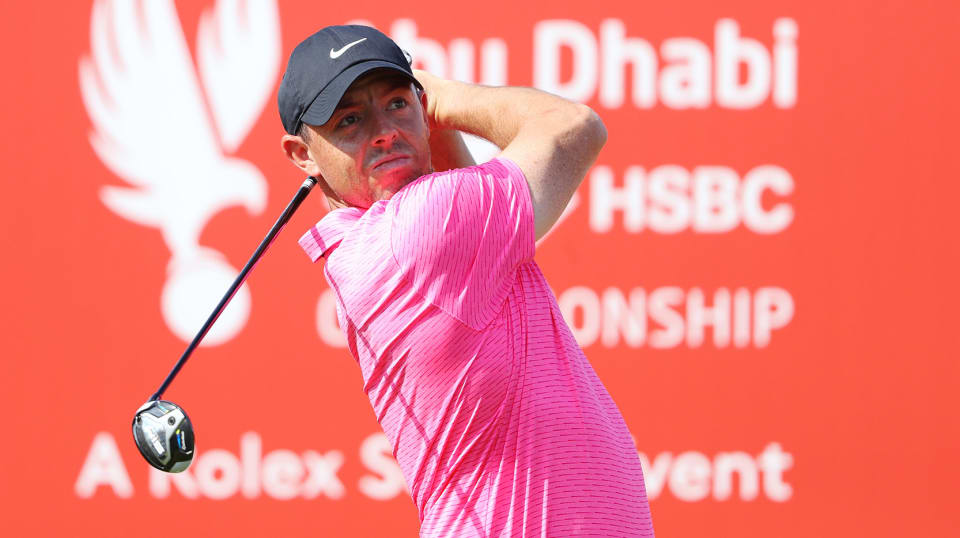 ABU DHABI, United Arab Emirates (AP) — Rory McIlroy again put himself in contention to win an event where he has had so many near misses, shooting an 8-under 64 Thursday in the first round of the season-opening Abu Dhabi Championship.

In 10 appearances in Abu Dhabi, McIlroy has finished second on four occasions and third three times. Apart from one missed cut, he has only one finish outside the top 10 — tied for 11th place in 2008 in his first appearance.

The four-time major champion endured the third winless season of his professional career in 2020, but shrugged off a fog delay of almost three hours to start 2021 with eight birdies.

“It feels good,” McIlroy said after surpassing his previous best score in Abu Dhabi. “I knew 65 is the best I’ve shot here and I’ve shot it a few times, so I thought let’s try to go one better on the next nine and I was able to do that.”

McIlroy has a one-shot lead over Tyrrell Hatton (65), with later starters unable to finish their first round.

“You can’t win the tournament today or through to Saturday, but obviously it’s a nice start,” Hatton said.

Hatton made a spectacular start with an eagle on the 10th, his opening hole, and also eagled the par-five 18th.

Defending champion Lee Westwood (69) is five shots off the lead.