McIlroy: Tiger is just one of 12 at Ryder Cup

SAINT-QUENTIN-EN-YVELINES, France – Tiger Woods might be the biggest star in golf, but Rory McIlroy views him as just one of 12 this week at the Ryder Cup.

“We’re not looking at any individuals,” he said Wednesday. “We’re just trying to beat the U.S. team. It’s great what he did on Sunday. But to focus on one player is silly, especially when I might not even see him this week at any point this week because I mightn’t be on the course with him or play against him.

McIlroy had a front-row seat to Woods’ first victory in more than five years on Sunday. Playing in the final group at the Tour Championship, McIlroy struggled with his driver en route to a final-round 74 and disappointing tie for seventh.

Asked whether there was any element of intimidation at East Lake, McIlroy replied: “That East Lake rough was really tough, yeah. That was the most intimidating part about it. Started hitting a few drives left and right early, and I didn’t actually have quite a good view from the trees on Sunday. I couldn’t really see what was happening too much.” 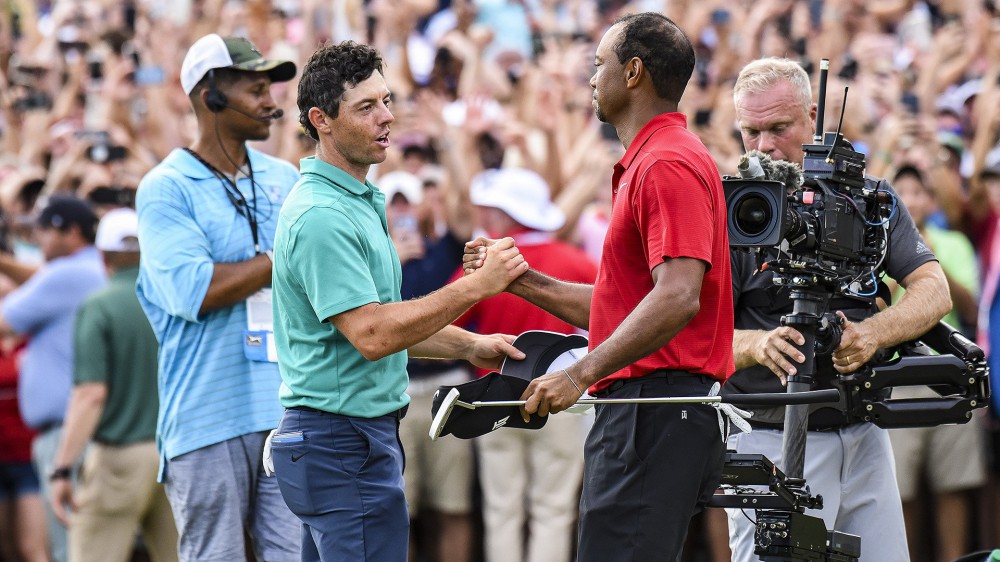 Leishman runs away from the field in Malaysia