Maverick McNealy called it “the dumbest 6 of the year.”

He chunk-pulled a 3-wood into the water and then flew the green with a wedge to bogey the par-5 16th hole Thursday at Lakewood National in Bradenton, Fla.

The mistake dropped McNealy back to even par through seven holes. But he remained positive.

A hole later, he told his caddie, Travis McAlister: “This golf course feels so gettable right now. I feel like I could birdie every hole.”

McNealy just about did. He birdied eight of his last 10 holes and posted a second-nine 29 to shoot 8-under 64 and grab the clubhouse lead at the Web.com Tour’s Lecom Suncoast Classic before play was suspended because of darkness.

“It was one of those days where you forget how many under you are,” McNealy said, “and that’s usually a day that you’re playing really well.”

McNealy, the former Stanford standout, shares the lead with Georgia Tech alum J.T. Griffin, who is through 15 holes. Mark Hubbard (65) is part of a three-way tie for third while 2003 Masters champ Mike Weir and Matt Every are among those at 6 under.

The 2015 Haskins Award winner, now in his second full season on the development tour, has yet to miss a cut in four starts while posting two top 20s. McNealy said he’s in a “really good place, mentally,” and it’s showing in his golf. He’s yet to miss a start, only taking a break after the two Bahamas events to vacation with girlfriend, LPGA player Danielle Kang, at Baker’s Bay.

He shot 28 on the back nine in the pro-am last week in Panama, and that was after dropping nearly 10 pounds because of food poisoning in Colombia. He’s now back to 165 pounds, McNealy said Thursday.

McNealy’s mantra this year is, “You are where your feet are.” So far in Florida, he’s in a great position on the leaderboard. 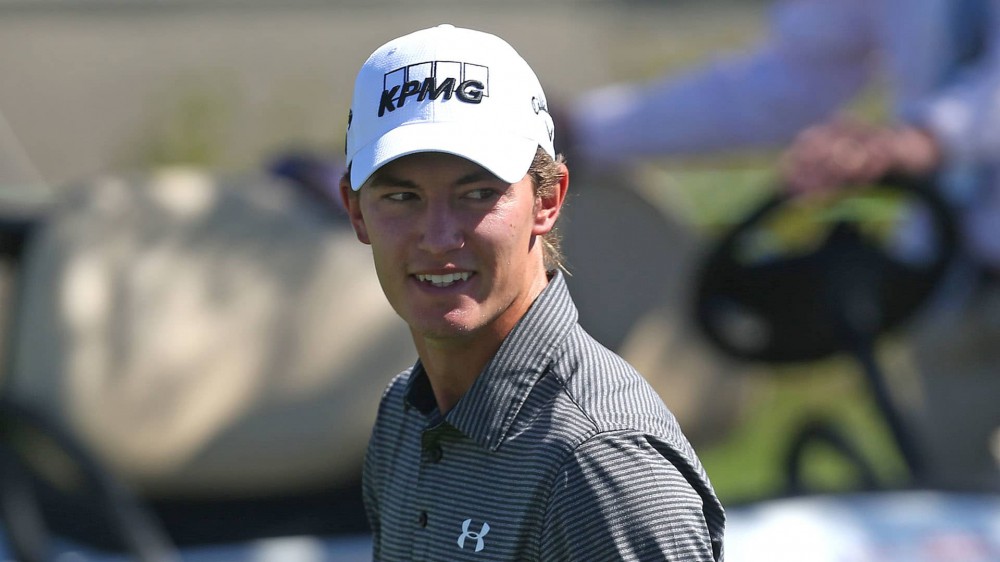