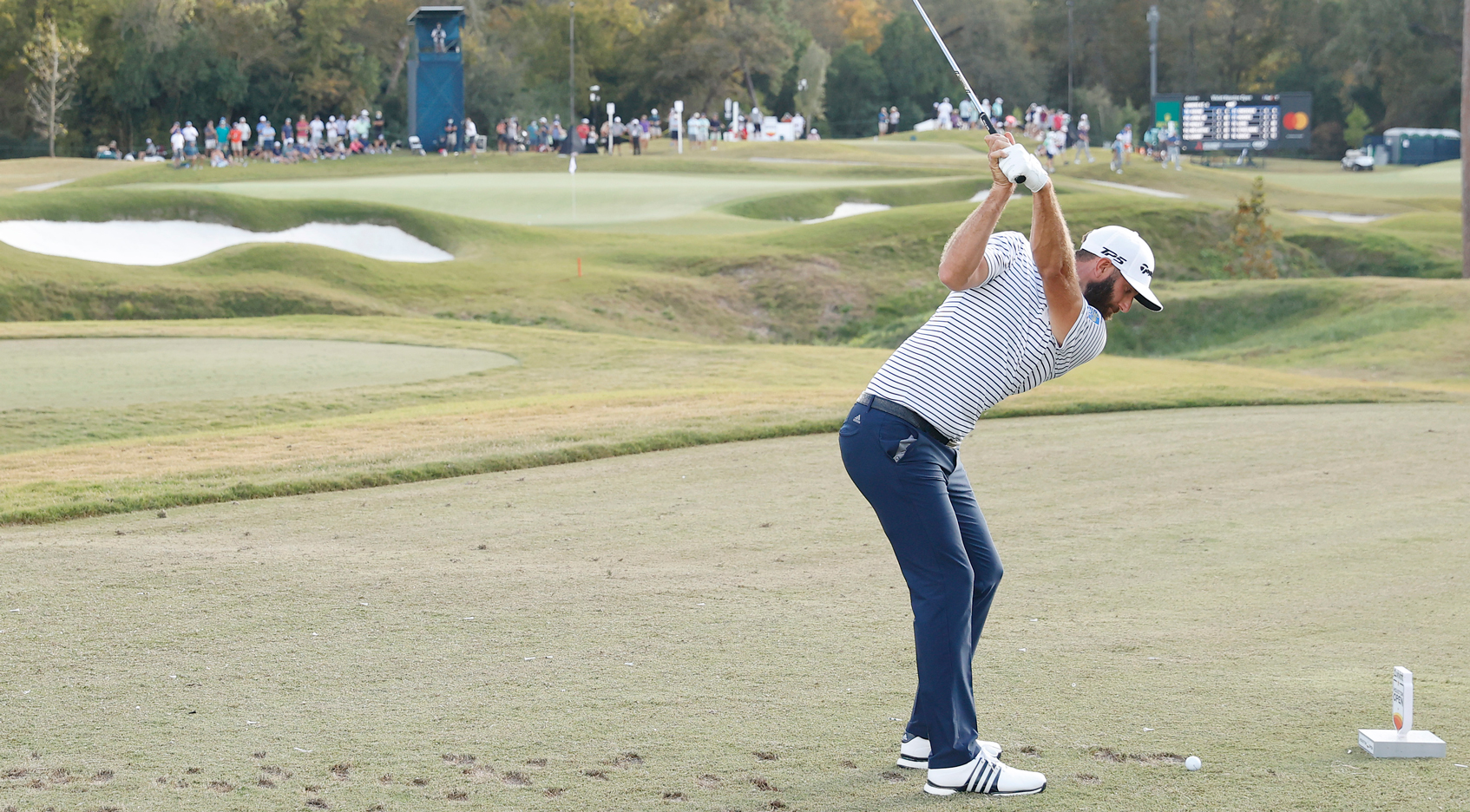 HOUSTON – Memorial Park isn’t your typical muni. It proved that Thursday, when the world’s best players were challenged by a public course that costs less than $40 to play.

A score in the low 60s would be almost guaranteed if Dustin Johnson or Brooks Koepka showed up to your average public track. There wasn’t a single one of those in the first round of the Vivint Houston Open, however, on a course that hosts amateurs of all abilities the other 51 weeks of the year.

Brandt Snedeker’s 5-under 65 was the low round of the day and gave him a two-shot lead. The field averaged more than 2 strokes over par per round. Only the U.S. Open had a higher first-round scoring average in this young season (+2.6 per round). Olympia Fields, site of the BMW Championship, was the only other course this calendar year that offered a tougher start (+2.8).

And this was in spite of the fact that Memorial Park played 300 yards shorter than its scorecard yardage. Firm greens, thick rough and tricky greens complexes presented a challenge on the TOUR’s newest venue.

“It’s a pretty relentless golf course. It demands a lot of good hitting,” said Adam Scott, who shot 68 on Thursday.

This is the first time in more than 50 years that Memorial Park has hosted the PGA TOUR. The course, which is located in the midst of the country’s fourth-largest city, underwent a dramatic renovation before this year’s tournament. When asked if Memorial Park was comparable to any other venues on TOUR, Dustin Johnson couldn’t think of one.

Tom Doak, one of today’s leading architects, led the radical renovation of Memorial Park. His designs can be found on the various rankings of the world’s top golf courses, but this is the first of his designs to host the PGA TOUR.

Doak was tasked with making a course that is playable for the average golfer but challenging for TOUR players. He accomplished that, in part, by replacing bunkers with steep slopes of short grass. Those allow amateurs to putt the ball after they miss the green, while asking pros to use deft touch to chip off of tight lies. Those slopes repel approach shots, as well, sending them farther from the hole. Memorial Park has just 20 bunkers.

“Around the greens out here is very, very difficult to get up and down. You can get into some spots where you start playing ping-pong across these greens. It’s brutal,” Scottie Scheffler, the reigning Rookie of the Year, said after shooting 67. “Fairways and greens is definitely at a premium this week.”

It wasn’t uncommon to see chip shots roll across greens as players tried to bang bump-and-runs into the slopes, or to see a chunked chip roll back to a player’s feet.

Memorial Park can be stretched to more than 7,400 yards but Doak wanted to prove that there are other ways to test players besides distance.

The 15th hole was just 110 yards Thursday but played over par. As did the ninth hole, which was just 177 yards.

It’s not often that TOUR players average over par with a short-iron in their hand and their ball on a tee. The 15th hole features a small green, however, and the pin was located near a slope that could repel balls toward the creek below. The hole location on 9 was atop a small plateau tucked behind deep bunkers.

The par-4 13th measures just 389-yards but it played over par, including multiple “others”, despite not having a single penalty area or bunker. The small green is perched several feet in the air and surrounded by short grass.

“The penalty for just missing on the wrong side becomes really big because the ball just rolls away,” said Cameron Davis, who shot 67. “It’s been a while since I’ve played a course on Tour that’s really done that and it’s great.”