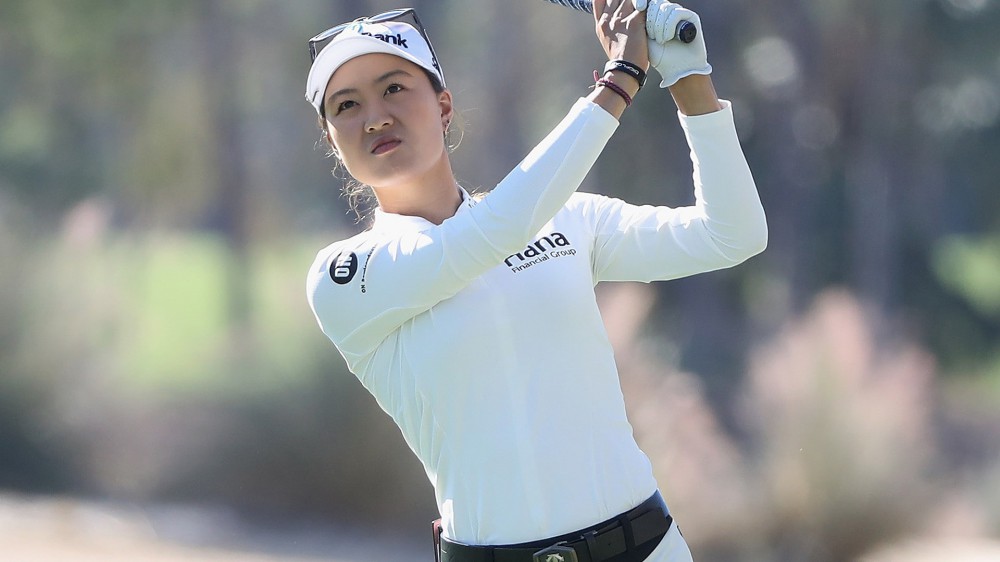 Minjee Lee took the second-round lead in a one-of-its-kind event in Australia, where men and women are competing for their respective tour titles on the same courses for the same amount of prize money.

It’s an event that is putting a focus on the income differences between men and women on tours around the world.

Lee leads the Oates Vic Open after posting a 6-under-par 67 Friday, leaving her at 9-under overall, one shot ahead of Caroline Hedwall (69) Marianne Skarpnord (69), Jenny Haglund (69) and Tze-Han Lin (68).

On the men’s side of the event, Anthony Quayle leads at 9 under overall after posting a 66. He’s one shot ahead of Peter Wilson (71) and Nick Flanagan (68).

The men and women are playing for a split purse of $1.3 million (Aussie Dollars), with $650,000 in prize money going to each. For the women, it’s a co-sanctioned Ladies European Tour and Australian Ladies Professional Golf Association event. For the men, it’s a PGA Tour of Australasia event. They are each playing the 13th Beach Golf Links near Melbourne, with men’s pairings and women’s pairings going off at alternate tee times.

Cheyenne Woods, who is competing, is hopeful the PGA Tour and LPGA Alliance that was announced two years ago will lead to a joint event in the United States.

“I think a lot of tours could learn from this format, and it could be very beneficial for the entire game of golf,” she said. “I think that is one of the biggest things I love about this week, that they do value the equality in both men and women’s golf together. I think a lot of tours and sponsors can learn from that. You see it in the tennis game, just watching tennis the last few weeks, the Aussie Open. I think that, hopefully, in the next few years, it will get more like this.”

Woods also said she would love to be paired with her uncle, Tiger Woods, in a mixed-team event someday.

Woods isn’t alone hoping women will see improvements that will elevate them to more equitable stages.

Stacy Lewis, the last American to hold the Rolex world No. 1 ranking, wrote an article about “income disparity” last week for attendees of the World Economic Conference.

The PGA Tour is playing for $363 million in total prize money this year, the LPGA for $68.75 million.

“My point isn’t that women could compete successfully on the PGA Tour,” Lewis wrote. “It’s that women are playing the same game as men, at an equally high level. We work just as hard on and off the course. Bottom line: PGA Tour and LPGA golfers are world-class athletes playing a sport as well as it’s ever been played, while engaging with their fans. Only women get paid a lot less …

“I’ve been very fortunate in my golf career, so my concern is for the next generation of players. The income gap in golf is as much a concern to me as the corporate income gap is to working women.

“One key reason for golf’s wage gap is TV ratings. The PGA Tour has a lot more exposure than the LPGA. We need more eyeballs on our game. Our deal with the Golf Channel has definitely helped in that effort, but we need network TV and other media outlets to showcase our product – our talents and personalities. Once we pick up fans, we generally keep them for life. My strong hope is that we continue to raise awareness of golf’s income gap, both to golf’s stakeholders and allies in the corporate world, so that we can encourage purposeful work toward solutions that eliminate it.”

“I’m going to say it right now, and I probably shouldn’t say it, but I just don’t understand how all these companies get away with supporting PGA Tour events and not supporting the LPGA,” Inkster said there. “It makes me a little upset, because I think we’ve got a great product. We deserve our due.”