They may have even helped him.

The 23-year-old from Mexico opened with a 6-under 66 Thursday on the Teeth of the Dog course at Casa de Campo. Going out in the morning wave, Ortiz made six birdies, two bogeys and an eagle to take a three-shot lead over five players — Puerto Rico’s Max Alvario, Peru’s Luis Fernando Barco, Chile’s Augustin Errazuris, the Dominican Republic’s Juan Cayro Delgado and Mexico’s Alejandro Madariaga — through 18 holes at the LAAC. He then was able to sit inside and enjoy his afternoon while the second wave played its way through intermittent and at times heavy rains.

“It was a flawless round,” he said. “I don’t think I did anything bad today. I’m just happy with the way I started.”

A day prior, he was happy just to be here, after two days of logistical miscues and three (really four) missed flights. He arrived here at Casa de Campo at 9 p.m. local time Tuesday, played a single practice round Wednesday, and took the outright lead Thursday.

“I think everything happens for a reason, and I think it was better for me not to be here Tuesday,” he said. “It was good for me to just focus on myself and stay in my process. I didn’t get to hang out with a lot of people, but I think that helped me a lot.

“You know, sometimes you can lose track of yourself with being around your friends … maybe staying up late and going out to the game room or stuff like that. I think it was good for me to focus and keep doing what I was doing the last couple of months.”

Since graduating from the University of Arkansas last year, Ortiz has spent the bulk of his time in Dallas, working with his coach Justin Poynter and practicing with his brother Carlos, the three-time Web.com winner. Competition with Carlos and a healthy amount of trash talking between the two of them have kept Alvaro’s game sharp as he’s waited for his time to turn pro.

Ortiz wanted to make the leap last summer via PGA Tour Canada, but he opted instead to play the British Amateur in Scotland and to represent Mexico as part of the International team at the Palmer Cup in France. He then took a shot at the pro ranks, advancing through the first stage of Web.com Tour Q-School in September but failing to get out of the second stage in November.

That all led him back to the LAAC, where he’s finished third or better three times with two runner-ups. Thursday marks the fifth time he’s held the end-of-day lead at this event.

“You know, there was a little bit of an incentive to play this tournament,” he said. “I wanted to give it one more shot, and I think it’s working out.”

There are two potential plans for Ortiz after this week. Plan A is to win, to finally earn that Augusta invite that has eluded him and to retain his amateur status through the Masters, just as Joaquin Niemann did last year. Plan B would see him travel to Rio de Janeiro, Brazil, to play in a PGA Tour Latinoamerica Qualifying Tournament at the Olympic Golf Course from January 29-February 1.

“But, hopefully,” he said Thursday, on his way out of the media room, “I don’t have to do that.” 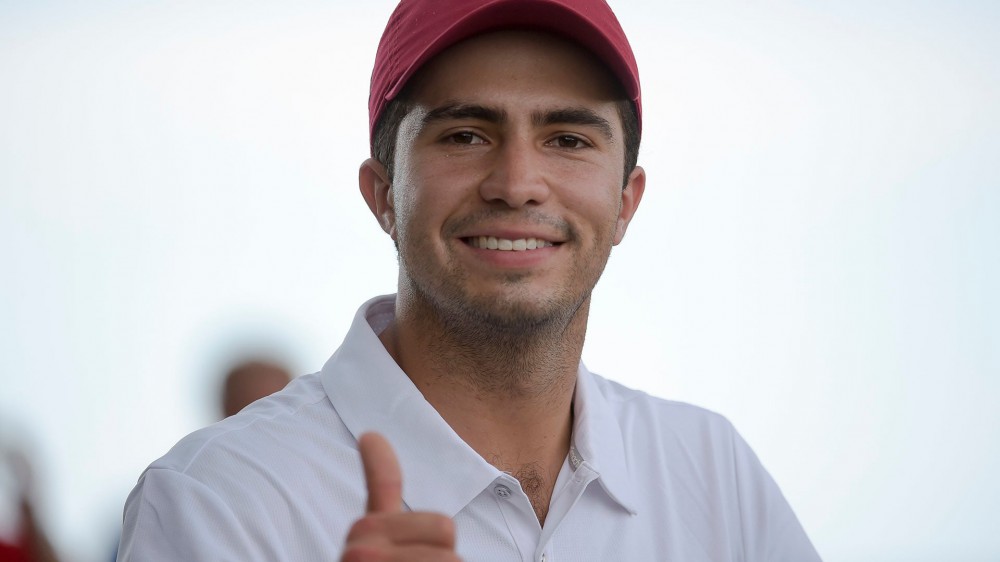