CHARLOTTE, N.C. – Jordan Spieth was the center of attention during his opening round at the PGA Championship, but he was far from the most decorated athlete traipsing around Quail Hollow with the 8:25 a.m. tee time.

That would be 23-time gold medalist Michael Phelps, himself an avid amateur golfer and more recently a friend of Spieth’s. Phelps was a part of the all-star photo that included Spieth when the group was vacationing earlier this year in Cabo San Lucas, and Spieth credited some of Phelps’ advice after lifting the claret jug last month in Royal Birkdale.

Phelps was walking inside the ropes Thursday at Quail Hollow, following for much of the day as Spieth was joined by fellow major champs Sergio Garcia and Brooks Koepka.

“It was great,” Spieth said. “He had followed us quite a few rounds. He’s become a good friend and a mentor. It’s pretty awesome to have a mentor like that. He texted me earlier in the week, I think he was here for an outing and said he was going to be out following today.”

Phelps had a front-row seat as Spieth climbed out of an early hole to post a 1-over 72, which left him five shots behind Thorbjorn Olesen. While Phelps can’t help much when it comes to swing mechanics, Spieth explained that he has plenty to offer on the mental side of things.

“We’ve had dinner, talked through a lot of things that I will probably just keep to myself,” Spieth said. “A lot of mental approach and preparation stuff.” 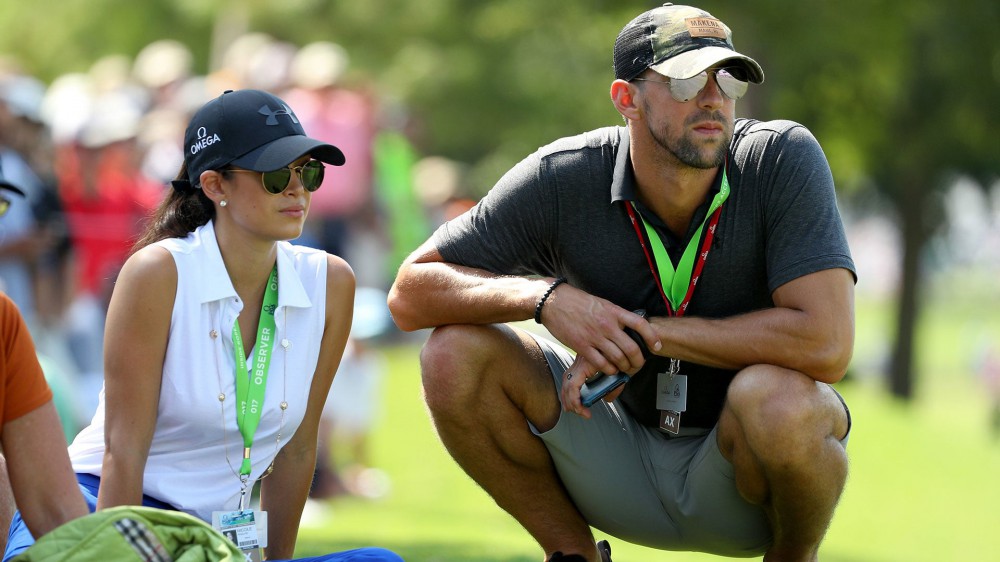