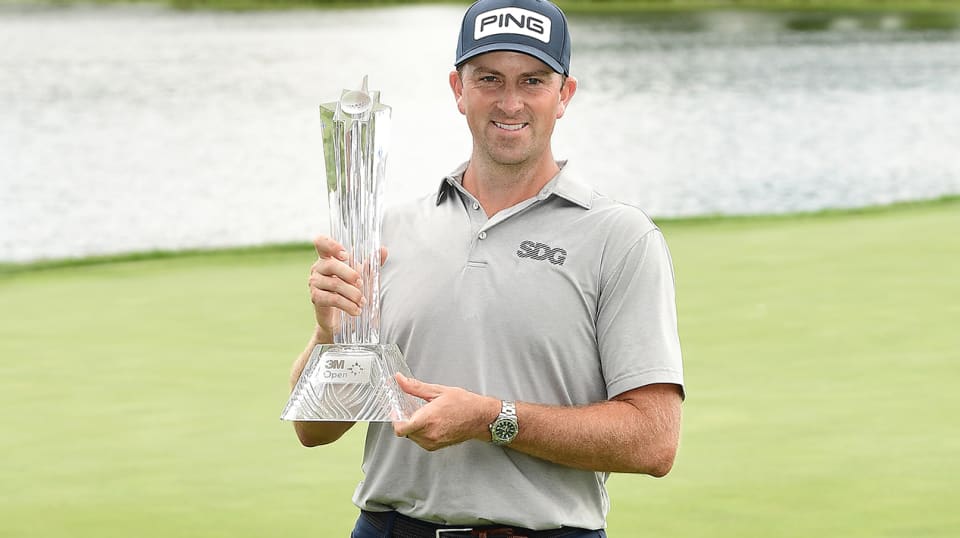 BLAINE, Minn. – No words really needed to be said.

And it was a good thing, too, because when Michael Thompson FaceTimed his wife Rachel, the woman he calls his “rock,” after he won the 3M Open on Sunday afternoon, they both dissolved into tears.

The road to his second PGA TOUR victory has been a long one for the 35-year-old. And for the better part of the 2,702 days that have passed since he won the 2013 Honda Classic, Thompson lived on the fringes of the PGA TOUR, in a seemingly constant battle to keep to his card.

All that changed on Sunday, though, when Thompson made a 15-footer for birdie on the 72nd hole for an emphatic two-stroke victory.

He now has job security through the 2022-23 season and a ton of confidence to go with it. He’s a lock for a deep run into the FedExCup Playoffs, too – maybe even to the finale at East Lake in Atlanta — after moving from 151st to 39th.

And there are other perks, too.

Take this week’s World Golf Championships-FedEx St. Jude Invitational where he’ll make just his fourth WGC start on a course he says he “absolutely loves.” And for the first time since 2013, he nabbed a spot in the U.S. Open – which is being played on his favorite course in the world at Winged Foot.

So, is it any surprise that Thompson and Rachel, a doctor of physical therapy whom he met when both were students at Tulane, were so emotional?

“She knows the work that I’ve put in, the early mornings going to the gym, the time I’ve spent with Justin Parsons, my swing coach, practice, being away from the kids,” Thompson said. “This is what we do all that work for and so it’s just so exciting that I now get to celebrate that with them. What a week.”

Actually, you could say, what a year for the Thompsons.

The week after THE PLAYERS Championship was canceled, the couple and their son Jace – who was “bouncing off the walls like every three-year-old does and excited to see me on the TV,” Thompson said on Sunday – went to Kansas to adopt their second child, a daughter who they named Laurel Marie.