Mickelson (66): 'Momentum starting to kick in'

LAKE FOREST, Ill. – The fog has begun to lift for Phil Mickelson, and the results are starting to pile up.

Fresh off a T-6 finish at the Dell Technologies Championship that helped clinch his spot as a captain’s pick on the U.S. Presidents Cup team, Mickelson opened the BMW Championship with a bogey-free 66 that left him four shots off the lead.

Lefty explained at TPC Boston that he had consulted with doctors to help improve his ability to focus and pull himself out of a “mental fog.” Those efforts paid immediate dividends, and Mickelson remains optimistic that he’s back on the right track after missing the cut at both The Open and the PGA Championship.

“I made a few changes and I’m starting to really have some good energy, and all the swing changes that Andrew (Getson) and I have been working on and all the positives that I had last year which weren’t showing in my scores this year are, I think, starting to show now,” Mickelson said. “I mean it’s only been five rounds, but after Boston I feel the momentum is starting to kick in.”

Mickelson failed to crack the top 30 at Conway Farms in either 2013 or 2015, but he played his way into contention thanks to a clean scorecard that included birdies on three of his final seven holes. It was an important start for the 47-year-old, who entered this week at No. 36 in the points race and needs a strong showing to have a chance at qualifying for the Tour Championship for the first time since 2013.

Mickelson still hasn’t won a tournament since lifting the claret jug at Muirfield four years ago, but making the 30-man season finale could help provide an encouraging conclusion to a season that has included just two top-10 finishes since March – and would give him four more competitive rounds ahead of the Presidents Cup.

“It would be a real positive given the lack of results,” Mickelson said. “I won’t say I won’t have played well, but I haven’t shot the scores. But if you watch on the range and throughout the round, it looks better than the score is. And now the scores the last five rounds have started to match up.” 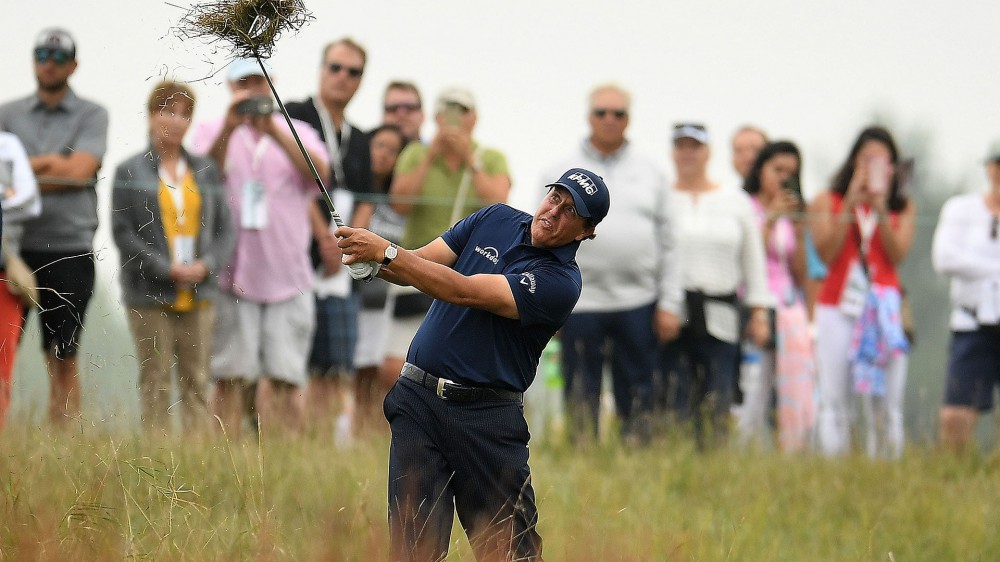