Mickelson remained undecided about his Players fate up until the very last minute, first stating that the tournament is no longer a “must-play” for him and then committing just prior to the entry deadline. Mickelson arrived at TPC Sawgrass for a practice round Sunday after missing the cut at Bay Hill, and he explained that getting a first-hand view of the course – and its less-than-ample rough – was the deciding factor in his decision to tee it up this week.

“I knew when I got here, just because the setup is so great,” Mickelson said. “The rough is playable, the conditions of the course are really good. The greens are soft.”

Unfortunately for Mickelson, those conditions couldn’t turn around his recent slide on the Stadium Course. Lefty shot a 2-over 74 that included an approach shot on No. 5 from the middle of the cart path and was largely derailed by a triple bogey on the par-3 third hole when he four-putted from inside 25 feet after finding a greenside bunker with his tee shot.

“I was so upset I couldn’t get the ball on the green that I ended up kind of losing my focus and four-putting,” he said. “It happens.”

Mickelson won this tournament back in 2007, the first year it was played in May, but has otherwise largely struggled regardless of the tournament’s position on the calendar. He now appears on the verge of missing the cut at TPC Sawgrass for the sixth time in the last seven years.

“The conditions couldn’t be any better for scoring and to play well here,” he said. “Unfortunately, I just don’t play this course very well. And that’s the bottom line.” 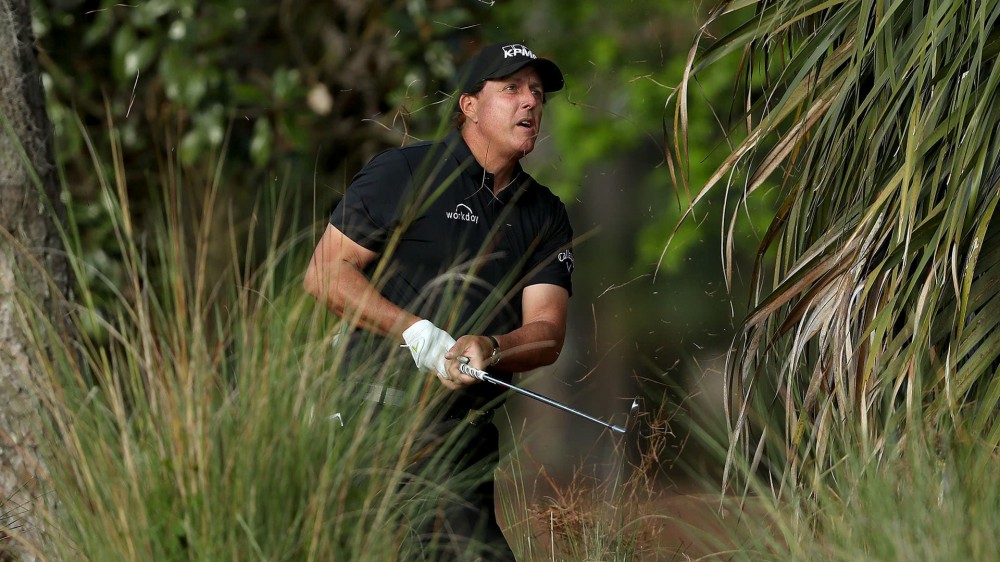 Lexi thanks Pressel for assisting her mother