CHARLOTTE, N.C. – Making his 100th major start and playing his 95th round at a PGA Championship, Phil Mickelson on Thursday signed for his worst career score at the year’s final major.

The 2005 PGA champ and five-time major winner made eight bogeys and zero birdies en route to an 8-over 79.

It marked only the second time Mickelson has failed to make a birdie in a round at the PGA, with other occasion being 1998’s third round at Sahalee.

This is now the second time in his last three major rounds that Lefty has failed to circle a hole on his card, as he went birdie-free in the first round of last month’s Open at Royal Birkdale, where he missed the cut.

Should he also fail to advance to the weekend here at Quail Hollow, it will be only his second missed cut in 25 starts at the PGA and his first MC since 1995 at Riviera.

Mickelson is a combined 20 over par in his last seven PGA Tour rounds, breaking 70 just once last Sunday at Firestone. 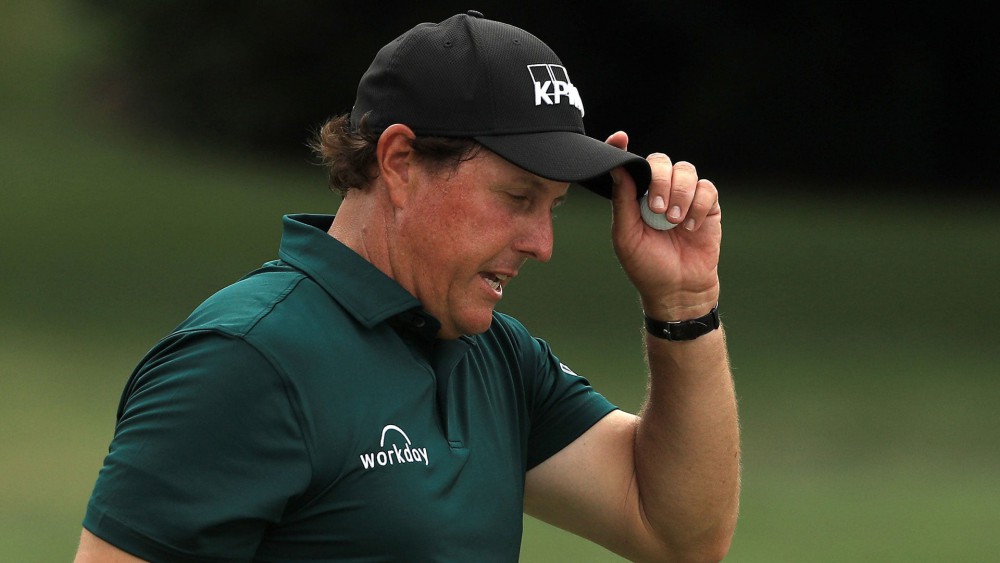