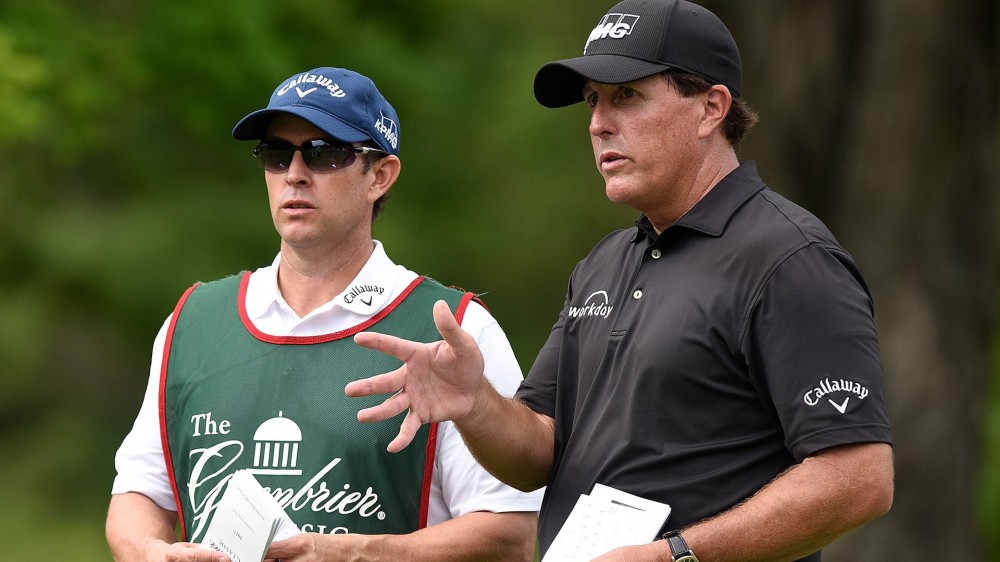 Mickelson was out early Sunday morning on The Old White TPC, but he made seven birdies during a final-round 64 that included five circles on the back nine. It marked his lowest score on the PGA Tour since an opening-round 63 last year at Royal Troon.

The effort left Mickelson at 6 under for the week, and inside the top 20 upon completion of his round despite the fact that he started the day 14 shots off the lead.

“It’s nice to get a little bit of momentum and to finally shoot a number that I feel like I’ve been playing well enough to shoot,” Mickelson told reporters.

This marked Mickelson’s first made cut in four trips to The Greenbrier, and it was a strong close to a week that also served as Tim Mickelson’s debut as his brother’s full-time caddie. The younger Mickelson will be on the bag through the end of the season, but he also serves as Jon Rahm’s full-time agent and was peppering his brother with updates from Rahm’s six-shot win at the DDF Irish Open.

“He was very keen on knowing how [Rahm] was doing throughout the day,” Mickelson said. “We were both really happy for his success. That was a nice plus. But [Tim] is just a fun guy to be around. I just love being around him. We had a great first week, and I’m looking forward to spending more time with him.”

Mickelson famously preceded his win at The Open in 2013 with a victory at the Aberdeen Asset Management Scottish Open at Castle Stuart the week prior, and he tied for 13th when it returned to Castle Stuart last year. But with a shift this year to Dundonald, the 47-year-old has opted not to learn a new venue and will instead focus his efforts on Royal Birkdale, where he made his Open debut as an amateur in 1991.

“I’m going to head over there later this week to get a few extra days in at Birkdale,” Mickelson said. “I have a real affinity for the golf course. I just have a special place in my heart for it, and I’m looking forward to playing there this year.”