PEBBLE BEACH, Calif. – Phil Mickelson has a catalogue of good memories to draw upon when things aren’t going well at the AT&T Pebble Beach Pro-Am.

And a legion of fans to help him rally.

The four-time winner of this event did just that Thursday, rallying after getting off to a poor start at Spyglass Hill, where he bogeyed three of the first seven holes and made the turn at 2 over par.

Spyglass Hill is considered the toughest of the trio of courses in the event’s rotation, but Mickelson shot 62 there when he won the event in ’05 – his second of three wins at the AT&T. The memories couldn’t have hurt. He birdied five of the last eight holes on Thursday to turn around his day.

With a 3-under-par 69, Mickelson is four shots off the lead, in early position to try to make a weekend run at winning another AT&T Pebble Beach Pro-Am.

“It can be a difficult golf course, but it’s also a course you if you’re playing well, you’ll make some birdies,” Mickelson said. “Unfortunately, I saw both ends of it today.”

Mickelson said he didn’t know exactly what turned him around. Maybe he just didn’t want to waste the gorgeous weather, with blue skies and temperatures in the 70s. They don’t get a lot of days like that in this event.

“I love the golf courses, and I love coming up here and playing on days like this, that make it just spectacular,” said Mickelson, who played alongside Rory McIlroy, who opened with a 68. “Even the bad weather days, you come to enjoy and appreciate the challenge of this place. I just love everything about it.”

Mickelson didn’t go as low as he wanted to last Sunday at the Waste Management Phoenix Open, but he built some positive momentum tying for fifth, his best finish in three starts this year. At 47, he’s looking for his 43rd PGA Tour victory and his first in almost five years. 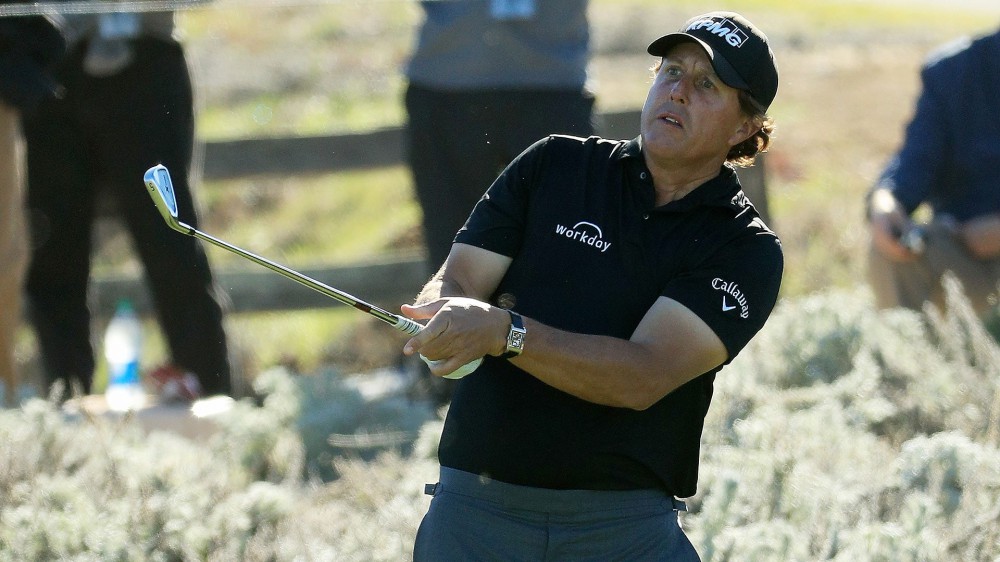 After Further Review: Bjorn will have tougher picks