AUGUSTA, Ga. – Phil Mickelson has done just about everything in his 100 rounds at the Masters and Friday’s centennial effort was no different.

Lefty countered three birdies with four bogeys for a 1-over 73 that kept him in the hunt for his fourth green jacket. He is poised to become the oldest player to win a major championship.

“I expected to be a little bit better, to be honest, but there’s nothing better than having a chance going into the weekend at the Masters,” said Mickelson, who was at 4 under par and just three strokes off the lead. “That’s what I want to focus on and I know that I’m playing well enough.”

It’s been a year of milestones for Mickelson, who played his 600th career PGA Tour event earlier this season at the WGC-Mexico Championship and although he’s normally not one for nostalgia, his 100th trip around Augusta National was worth appreciating.

“There’s been so many more practice rounds that I’ve played here in addition to those 100 rounds and every time I come here I just get so excited to be here and to play and it brings back memories when I was a kid and it makes me feel young,” Mickelson said. “This is a very spiritual place if you love golf the way we do.” 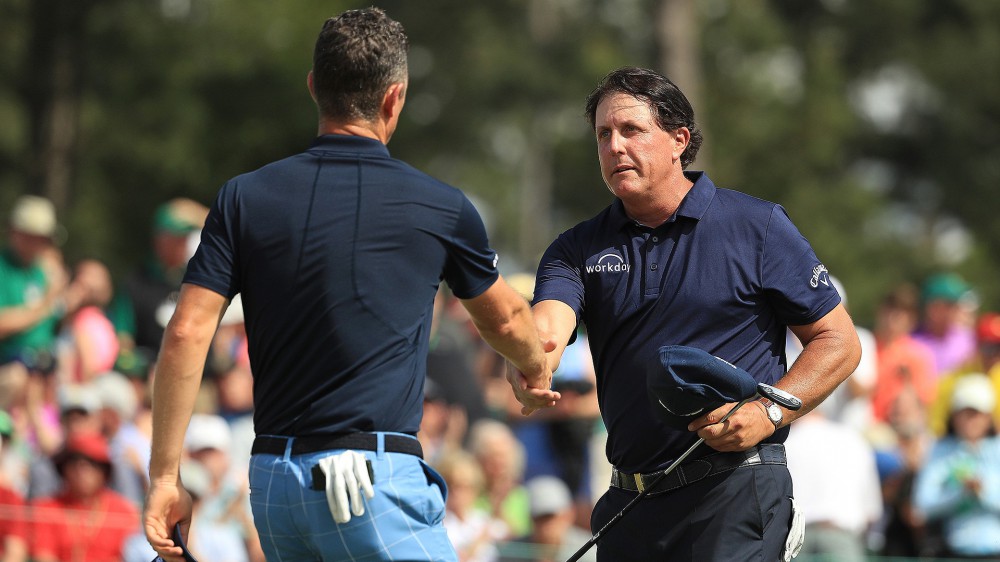 Watch: Romo chips in for eagle at Byron Nelson