JERSEY CITY, N.J. – It was the 10th and final pairing announced Wednesday by the two Presidents Cup captains, and it was likely the one that turned the most heads.

With the formidable duo of Jason Day and Marc Leishman already on the board, U.S. captain Steve Stricker opted to rely on the elder statesman of this year’s team, Phil Mickelson. He also decided to put him with 33-year-old rookie Kevin Kisner in the opening foursomes session.

“What, did we throw you a curve ball?” joked Kisner.

On paper, the two seemingly share few similarities. Mickelson carries a polished public image, has been an elite player for more than two decades and thrives on the West Coast. Kisner is a late bloomer with a quick wit who makes his mint on the Bermuda greens of the South.

But the two seemingly found a common ground with their shared interest in, of all things, needling opponents.

“Phil and I play a lot of golf together, and we have a good relationship on the trash-talking. So we thought it would be a good matchup with that,” Kisner said. “I love the way he always grinds it out and gets it together, and he lives for these moments, so that brings out the best in him.”

With Mickelson making his 23rd straight appearance on a U.S. squad, Kisner plans to rely “heavily” on his partner in their opening match. While he believes Leishman may be “too laid back” to participate in the trash-talking, he expects to have his hands full with Day. But the ribbing from the Georgia product may not be limited to his opponents.

“I told (Mickelson) every time he has to hit it from the fairway, he’ll probably be uncomfortable,” Kisner said. “But other than that, we’ll  be good to go.” 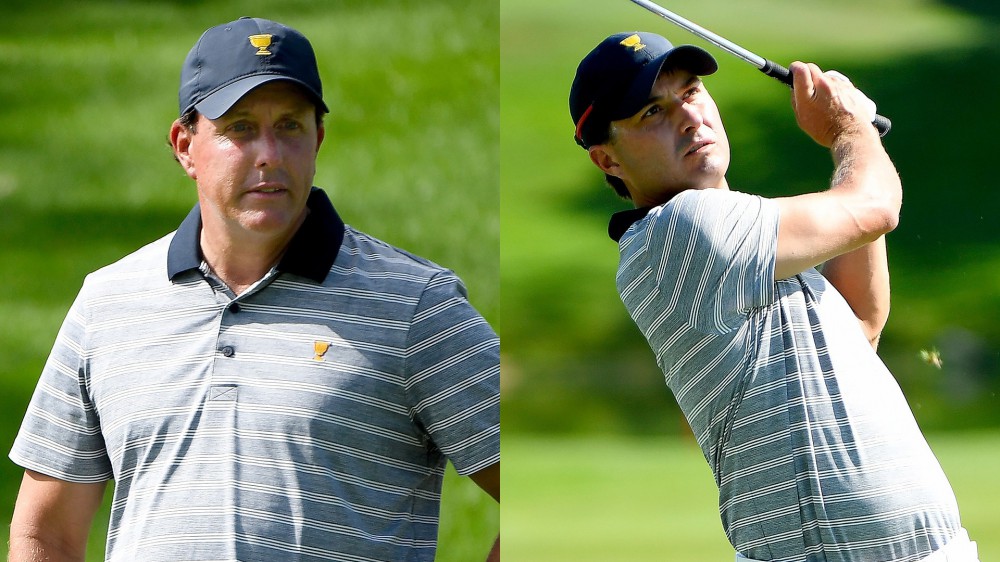