HUMBLE, Texas – An annual tradition in and of itself, Phil Mickelson arrived Wednesday at the Golf Club of Houston as he begins an effort to play his way down Magnolia Lane.

Mickelson is making his 11th straight start at the Houston Open, among the longest such streaks of anyone in this week’s field. While many players opt to rest the week before the season’s first major, Mickelson is one of the most vocal advocates for using tournament reps as a key element in his final preparation.

That trend continues this week as the southpaw hopes to build some more momentum on a course where he won in 2011 and has been a mainstay among the top 20 ever since.

“Heading into a major, I want to be sharp mentally,” Mickelson said. “I think getting in contention, having an opportunity on the weekend, is important. Especially on Sunday, feeling the nerves, feeling the excitement and competing I think is the best way to get ready for the Masters.”

Mickelson is fresh off his annual scouting trip to Augusta National, where next week he’ll have his brother, Tim, on the bag for the first time. While there weren’t any new surprises about the course that caught his attention, simply reminiscing about the trip brought a smile to the face of a man who has three green jackets hanging in the closet.

“It went well. It’s always in great shape, and it’s spectacular,” Mickelson said. “I think we got lucky in that it was pretty cold, which meant that the greens were quick and kind of tournament speed. So it was a good opportunity to hit some shots that we’ll see next week.” 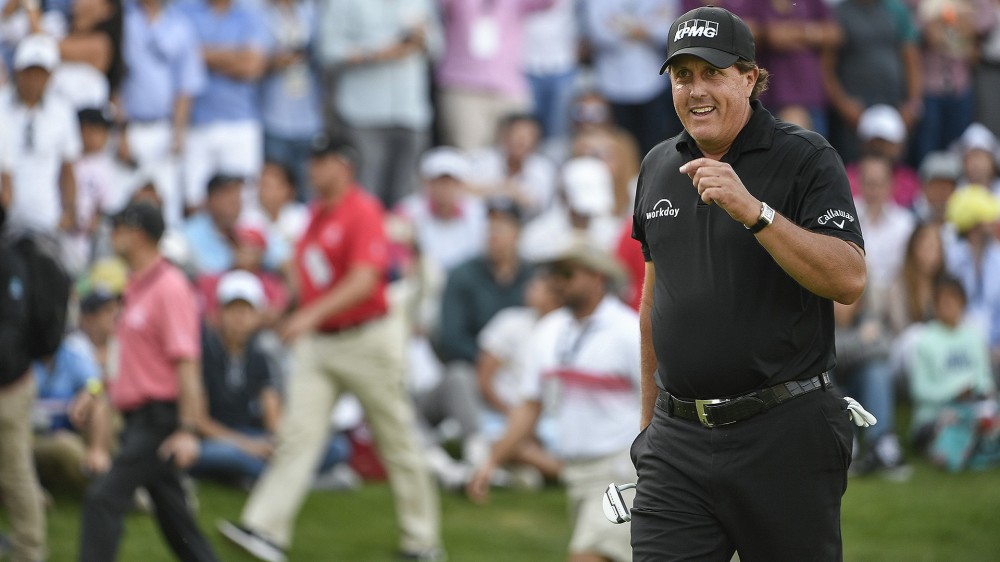