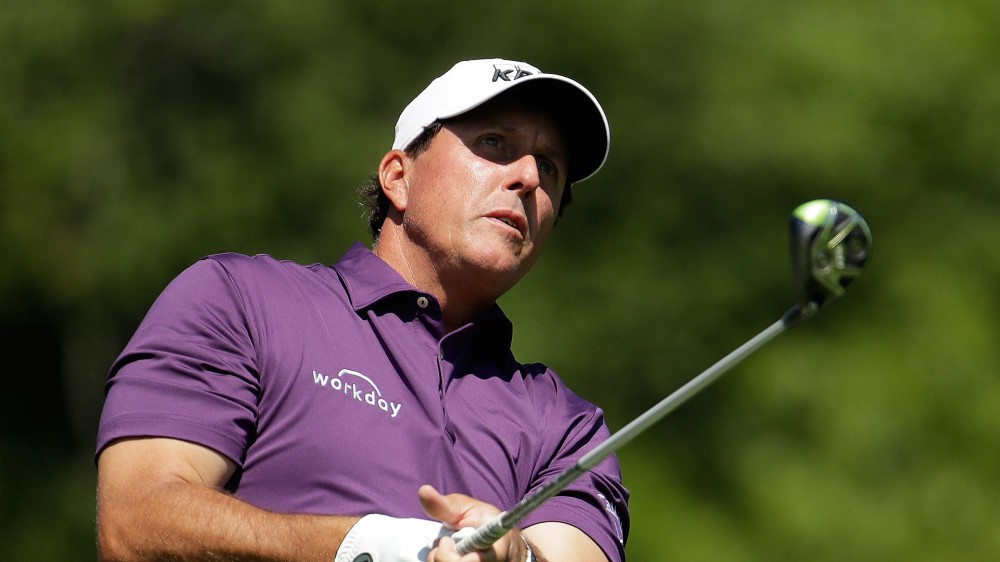 Phil Mickelson is ready to get back to work at The Greenbrier Classic, even if the man on his bag may still cause fans to do a double take.

Mickelson returns to action this week on The Old White TPC, his first start since the FedEx St. Jude Classic and first since his widely-publicized split with his longtime caddie, Jim “Bones” Mackay. Mickelson will have his brother, Tim, on the bag for the rest of the season, beginning this week in West Virginia where Mickelson has missed the cut in three prior appearances from 2011-13.

While Mickelson is “excited” to get started with his brother on the bag, he still had nothing but kind words for the man who looped for him since 1992.

“I’m hesitant to talk too much about anything because I’m so appreciative of the time that I’ve had with Bones for 25 years, that anything I say positively about what I’m looking forward to with Tim and so forth I feel would be taken as a shot at Bones, and I don’t want to do that,” Mickelson told reporters Wednesday. “I have too much respect for him and our time together over the years. The thing I would say is that Tim is one of my favorite people. I love being around him. He’s one of the people I respect the most, and throughout my career he’s been so supportive of me.”

Mickelson capped a run of three straight top-30 finishes with his T-9 performance in Memphis before skipping the U.S. Open to attend his daughter’s high school graduation. He still remains in search of his first PGA Tour win since The Open at Muirfield in 2013, but he is hopeful that a switch on the bag could provide just the spark he needs.

“I would say that after having not won for four years, knowing that my game is at a level that is good enough to win but not having done it, I think the one thing is an element of maybe being comfortable with my brother,” he said. “Maybe he gets me a little more relaxed and takes a little pressure off me, and maybe I’ll play my best that way. But there’s no replacing Bones. He’s phenomenal.”