Mickelson opened his week with back-to-back 69s and is tied for 15th place at the Safeway Open, which is seven strokes off the lead.

Lefty finished tied for eighth last year at Silverado Resort, one of just five top-10 finishes in 2017 on the PGA Tour, and is playing his 91st event since his last victory at the 2013 Open Championship.

Following a double bogey-6 at the 14th hole ( he started his round on No. 10), Mickelson birdied three of his final four holes before the turn and played his closing nine in 1 under par.

Mickelson, who went 3-0-1 last week for the U.S. team at Liberty National, was much better off the tee on Friday, hitting eight of 14 fairways on Day 2, compared to just two fairways on Thursday. 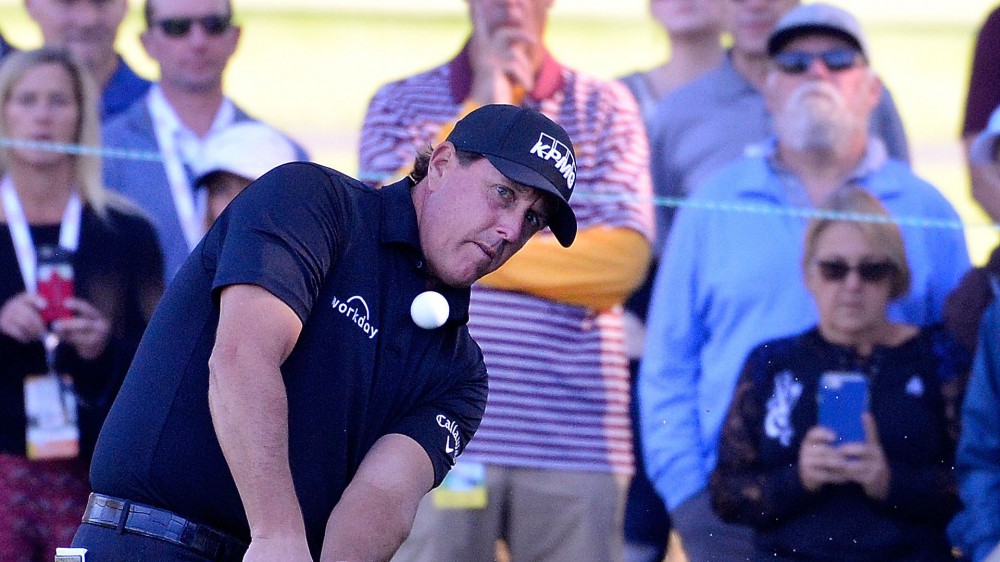 Fowler doubles down on drop rule: Not growing the game