He didn’t break the winless drought, but Phil Mickelson still left the Safeway Open with his best finish in more than a year.

Mickelson got to within one shot of Brendan Steele before an untimely bogey on No. 17 ended his hopes of lifting a trophy for the first time since The Open in 2013. But a final-round 70 still gave the southpaw his second straight top-10 finish at Silverado Resort and Spa, and his T-3 finish also served as his best tournament result since his runner-up to Henrik Stenson last summer at Royal Troon.

“I had a good time today. It was fun to be in the mix, it was fun to have a chance,” Mickelson said. “It was very difficult conditions, but I enjoy that challenge.”

Mickelson started the day four shots behind Tyler Duncan, but he got to within a shot of the lead after a birdie on the par-5 16th. But his aggressive approach backfired when his iron off the tee on the short 17th rolled into the left rough and behind a large tree, from where Mickelson couldn’t play directly toward the hole. The subsequent bogey dropped him off the pace for good.

“I knew I needed to birdie the last three,” Mickelson said. “Unfortunately the tee shot on 17, if I hit the fairway there that’s a birdie pin. I missed it where you couldn’t miss it and made bogey.”

Mickelson was one of only two players in this week’s field who also participated in last week’s Presidents Cup. After two weeks off he’ll make his final start of 2017 later this month at the WGC-HSBC Champions in China, where he hopes that the momentum he has accrued in recent weeks might finally translate into a tournament victory.

“It’s just easy to see the ball starting on the right line. Iron play is back, distance control, putting,” he said. “It just, the game has come back. My focus is much better, I’m staying present and hitting the shots.” 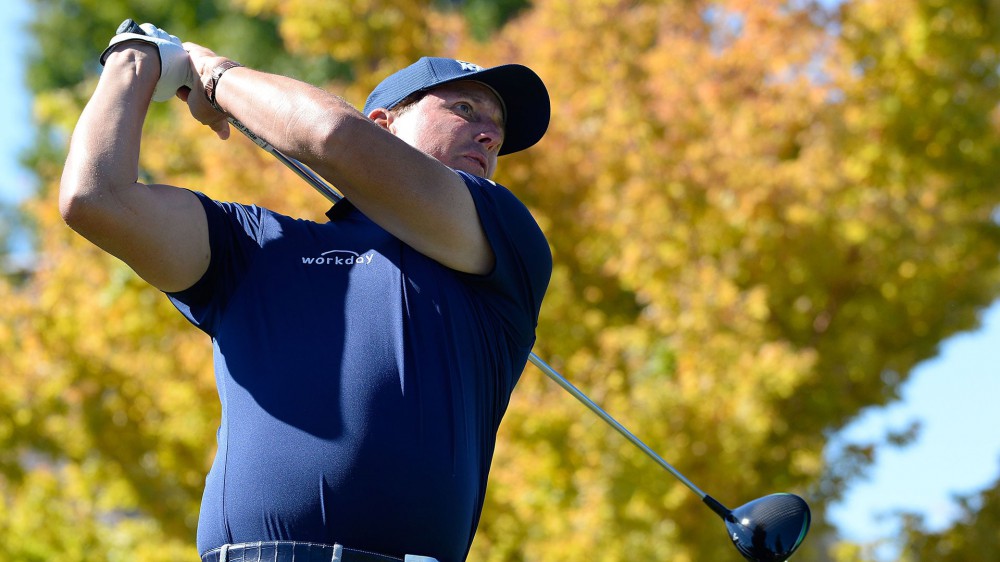 Green (66) chasing, not intimidated by Thomas