Phil Mickelson will be grouped with a familiar foe in the opening two rounds of the WGC-Mexico Championship.

Mickelson, Justin Thomas and Dustin Johnson will represent one of the featured trios in the first World Golf Championships event of the year.

Mickelson defeated Thomas in a playoff last year at this event to end a near-five-year winless drought. Johnson is a two-time winner of the tournament, having prevailed in 2015 and ’17.

Here’s a look at other featured groups at Club de Golf Chapultepec [tee times yet to be released]:

• Tiger Woods-Bryson DeChambeau-Abraham Ancer – Woods has won 18 WGC events across nine countries, but this is his first competitive Tour event in Mexico. DeChambeau has won four of his last 10 worldwide starts. And Ancer, the reigning Australian Open champion, is the top-ranked player from Mexico.

• Rory McIlroy-Bubba Watson-Brooks Koepka – McIlroy is coming off his third consecutive top-5 finish of the year at Riviera. He and Watson are two-time WGC winners. Koepka may have three major titles to his credit, but he’s seeking WGC title No. 1.

• Rickie Fowler-Jon Rahm-Patrick Reed – This will be Fowler’s first start since winning in Phoenix. Rahm has finished inside the top 10 in all five Tour starts this year. And Reed captured this event in 2014 when it was staged at Trump National Doral. 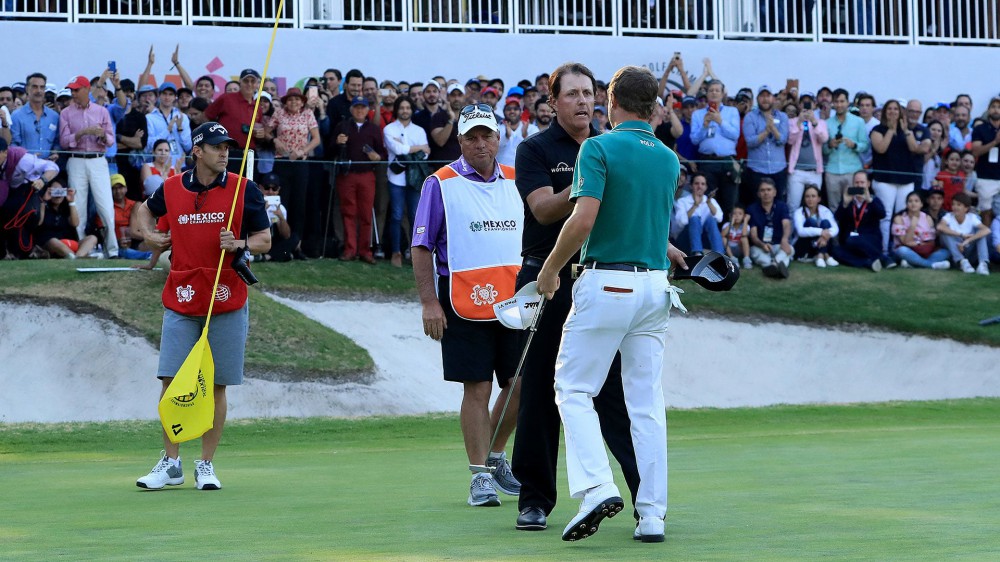