AUGUSTA, Ga. – Entering the Masters with his best form in years, Phil Mickelson had already blown himself out of the tournament by early Friday afternoon.

Mickelson made a triple bogey and a double bogey en route to a 7-over 79, plummeting out of contention for a fourth green jacket. The 7-over round matched his career-worst score at Augusta National.

“It was a rough day,” he said afterward. “I don’t know what’s happened the last couple of days. It’s a little disappointing, because I’ve been playing so well this year, to play like this. But it’s disappointing. It’s my favorite tournament of the year, and it’s a rough couple of days.”

Mickelson broke a five-year winless drought with his victory last month at the WGC-Mexico Championship. It was the first time in his career that he’d posted four consecutive top-6 finishes on Tour.

His play this week has been unrecognizable.

“It just seemed like he wasn’t completely comfortable off the tee,” said Rickie Fowler, who was grouped with Mickelson over the first two rounds here.

Mickelson hit just five of 14 fairways in the second round. One of those misses was on the par-4 ninth hole, where he sailed his drive into the right trees. Just one shot off the lead at the time, he tried to play a punch shot with a 2-iron, but his ball caught a tree and ricocheted into the bushes. After escaping the trees, he couldn’t pull off a risky flop shot short and right of the green, leading to a triple bogey. He bounced back with a birdie on 10, then bogeyed 11, pulled his tee shot into Rae’s Creek on 12 and then tacked on two more bogeys the rest of the way.

Just like that, his chances at becoming the oldest Masters champion in history were over – at least this year.

“It’s disappointing,” he said afterward. “There’s a fine line between wanting it so bad and then also letting it happen. As you get older you feel a little bit more pressure each one because you don’t feel as though you have unlimited number of events.

“Given how I was playing heading into this, I certainly put a lot of pressure on myself to perform this week and get it, because I know the opportunities here are lessening. I thought this was a great year, a great opportunity.” 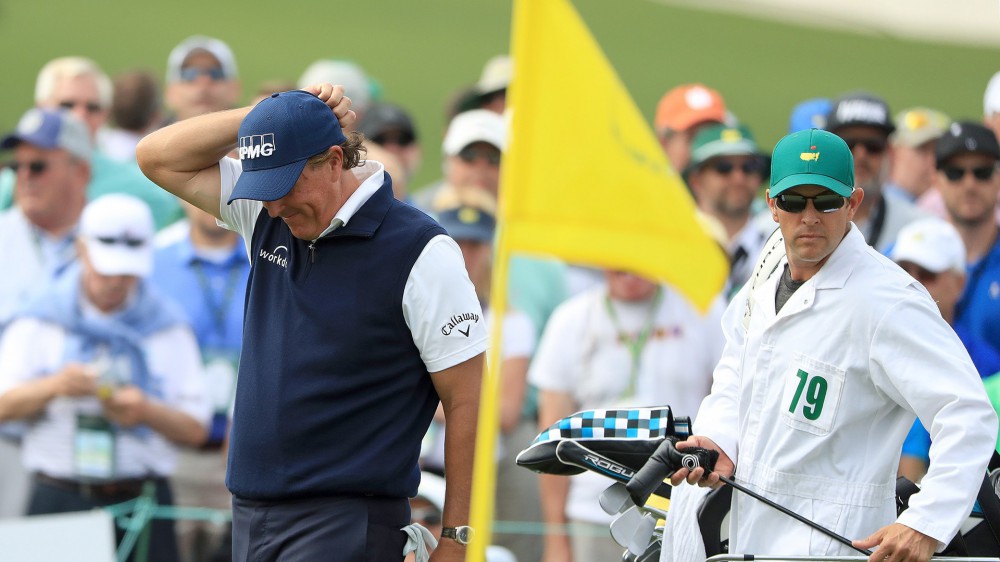