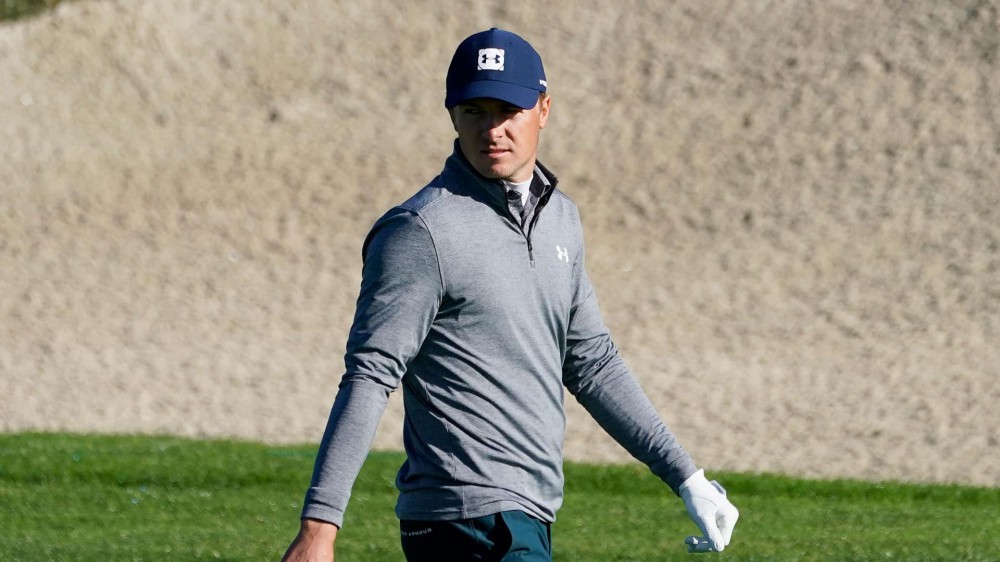 They led to a pair of double bogeys.

A 2-over 74 left him eight shots back going into Sunday’s final round.

“I’m very frustrated,” Spieth. “If I just go par-par, I’m essentially still in this tournament, with what’s forecast for tomorrow.

“I kind of threw myself out of the tournament.”

Spieth worked himself into a tie for the lead with two birdies in his first five holes at Pebble Beach Golf Links, but he knew his swing wasn’t right.

“The way I was hitting it, it was going to bite me at some point,” Spieth said. “I didn’t necessarily deserve to be a couple under at the time.”

Spieth shot 40 on the back nine, mostly a byproduct of a wayward driver.

“I drove the ball well the last two days, and today my driver just didn’t behave at all,” he said. “It was a 150-yard spread, on either side, not good at all.”

The round began to unravel when Spieth pulled his drive at the 13th, where his ball clunked off a tree and traveled just 130 yards. He made the first of his two double bogeys there. At the 18th, he pulled his drive into the ocean. After a provisional, he hit his fourth shot, a hybrid, to the right and into a hospitality area. He made double bogey there, too.

“I didn’t quite have great control of the golf ball,” Spieth said. “So, it’s not a really good combination, trying to battle the elements too. So, yeah, kind of  stinks because I really had it going the last couple days, and just didn’t have the same rhythm today.”