ORLANDO, Fla. – After wrapping up an 8-under performance Sunday at the Arnold Palmer Invitational, Keith Mitchell found himself posing in front of the claret jug while holding an Open Championship flag.

“I hope this isn’t a jinx,” said Mitchell, knowing he faced a few hours before he’d find out if he officially nabbed one of three tickets to Royal Portrush later this summer.

If Mitchell wasn’t a superstitious person before Sunday, well, he still isn’t.

Mitchell can plan on competing in the 148th Open Championship, as can fellow Open first-timer Sungjae Im and Sung Kang, who will be making his third straight Open appearance.

“I didn’t really know about [the Open Qualifying Series exemption] going into today. I’m glad I didn’t, because that putt might have been a little scarier on 18,” said Mitchell, who sunk a 5-footer for par at the last to shoot 6-under 66.

“But I love watching that tournament on TV, I love the conditions, I love the different style golf courses. You’ve got to be a lot more creative over there and I think that’s fun. I’ve never really competed in an event like that.”

Mitchell has yet to compete in a major championship of any kind, though he’ll also get to pick off the Masters and PGA Championship this year courtesy of his victory last week at the Honda Classic.

Im, who played in the U.S. Open and PGA last season, also has only experienced the Open via television. But with the claret jug physically within reach, he couldn’t help but imagine what it’d be like if he actually was lifting it victory this July.

“I would be honored to have this,” Im said.

This is the first year that the API has been part of The Open Qualifying Series. The next event is the Japan Tour’s Mizuno Open, where four exemptions will be up for grabs to finishers in the top 12 who are not already exempt. The next Tour event in the series is the RBC Canadian Open in June. That tournament will give out three spots to top-10 finishers. 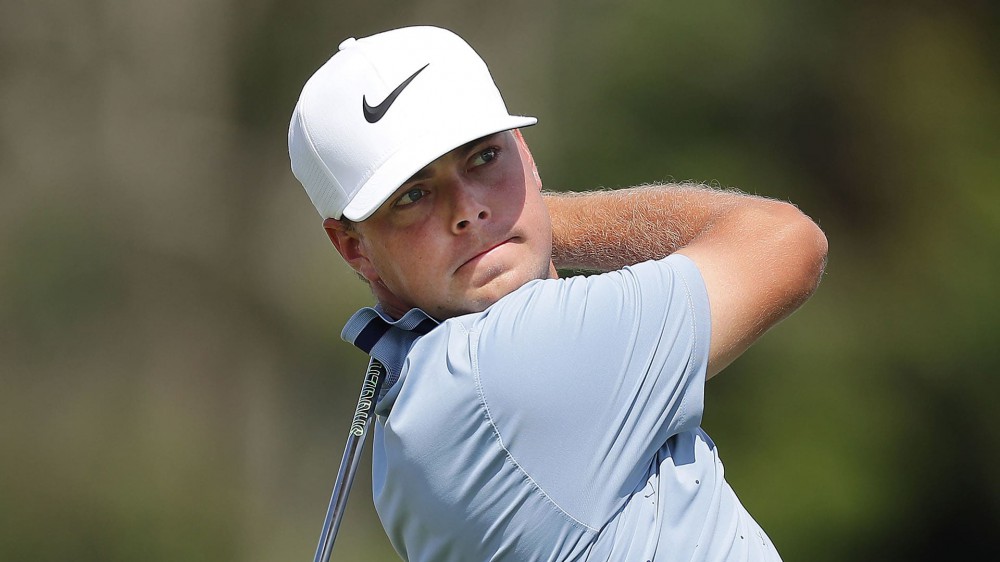