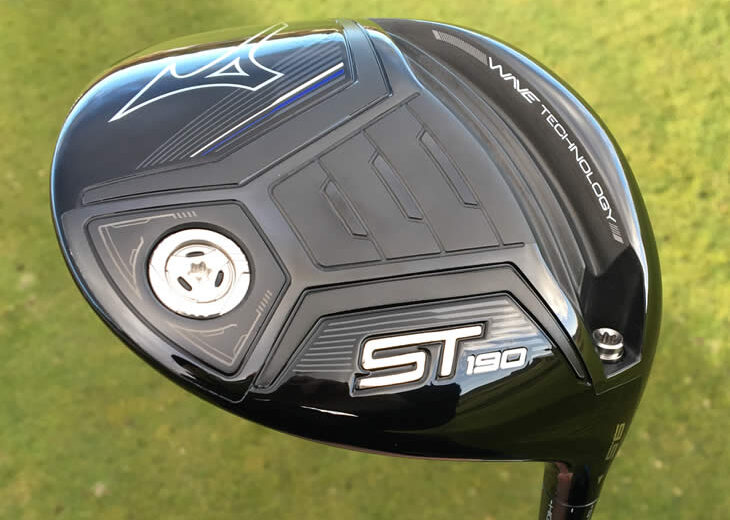 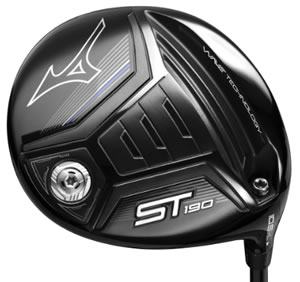 The ST190 replaces the Mizuno ST180 and the first thing you notice is that the blue colour has gone.

Mizuno are back in black for the first time since the JPX EZ driver five years ago. This is a bit of a shame as Mizuno were one of the few brands to do blue heads well, but if you want wider acceptance in the market then being more conservative is the way to go.

The Wave Technology sole is a not as pronounced as before with less ridges, which should stiffen the sole a little and improve ball speed.

The 6g weight on the sole looks smaller as it does not have the graphic surround, but it is the same size and adds 300 gcm2 to the MOI as it is further back.

Compared to the previous model the ST190 looks like it has a deeper head at address, but in reality it’s about the same.

The 12g carbon crown saves 7g of weight on the previous titanium version and the polished weave pattern gives a cool look at address.

The Cortech Face is the same Forged SP700 titanium as before and is 10% stronger than the 10-4 titanium in the rest of the head.

Loft is varied using the Quick Switch adjustable hosel that now shows the change in loft rather than the actual loft. It works fine, but the new notation makes it harder to know the actual loft when the shaft is in place.

However the hosel is backwards compatible, so if you already have a Mizuno driver and want to use that shaft instead of the stock Atmos shaft, then you can do so.

This is what I did in testing on GC2, using the Atmos shaft in both the ST180 and ST190 heads and the results were quite similar.

The ST190 was delivering the same distance in a different way, with maybe too much spin. However the ST190 did feel better, with a much more solid and less high pitched sound, so I would have it over the ST180 for that reason.

If I could reduce the spin I would probably get more distance. The adjustable hosel is all the fine tuning you get on the ST190, but thankfully there is also an adjustable weight ST190G model.

If you struggle with spin or direction, then the Mizuno ST190G driver offers more adjustability with the Fast Track that uses two weights on either side of the head.

Each track has a 7g weight that can be adjusted through three positions number F1 to F3 along a draw or fade track, or you can put both of them on one side for major shot shaping.

Moving the Draw weight to the back F3 position and the Fade weight to the front F1 position should get the spin turning the ball right to left and vice versa to create a fade.

So which one do you go for? Well, the way you should look at it is that the right head will choose you. So I put on the Mizuno sorting hat and headed with both models and my GC2 for some testing.

The lowest loft head on the ST190G is the 9°, so again moving that up to 10° gave the right launch angle and I started with both weights forward in F1 and D1 positions to reduce that spin and increase carry by 3 yards.

Moving the fade weight back to F3 reduced spin even further, because the face is coming in more open and therefore de-lofted. However the lower 10.1° launch with the reduced 2142 rpm spin went too far the other way. In addition, the balance of the head did not feel right and hurt the accuracy.

Putting the fade weight forward to F1 and the draw weight back to D3 kept the spin down and helped close the face for more accuracy. This created the longest average, which was 5 yards more than the standard ST190 for me.

With the two weight tracks, the ST190G maybe did not sound as solid as the standard model, but it is not a deal breaker. Being an extra £50 might be for some, but if you can demonstrate that it adds performance, like it did for me, then it will be a worthwhile investment.

Overall it is a classy looking driver and I like the return to the classic number 1 on the headcover.

The dark looks will have wider appeal rather than the classy blue, which could have limited its audience. The ST190 is a solid and competitive driver, as the performance relative to other brands is towards the front of the pack without leading it. With this price it may be a hard sell, but if you are Mizuno loyalist and want to stick with the brand then it is probably worth upgrading.