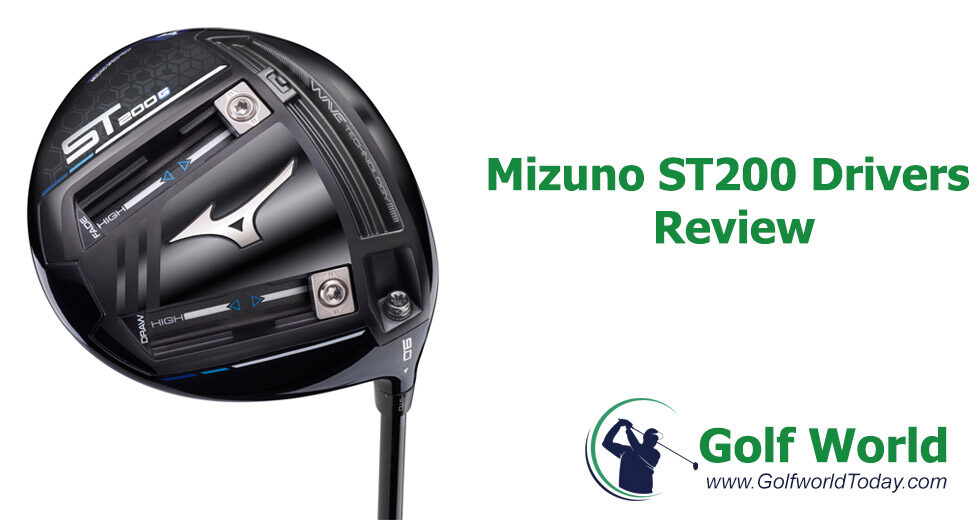 Mizuno ST200 Drivers Review – I have never played a Mizuno driver personally, and my perception of the brand was probably one that many of you share too – that they made excellent irons but their woods don’t always live up to the same standard. 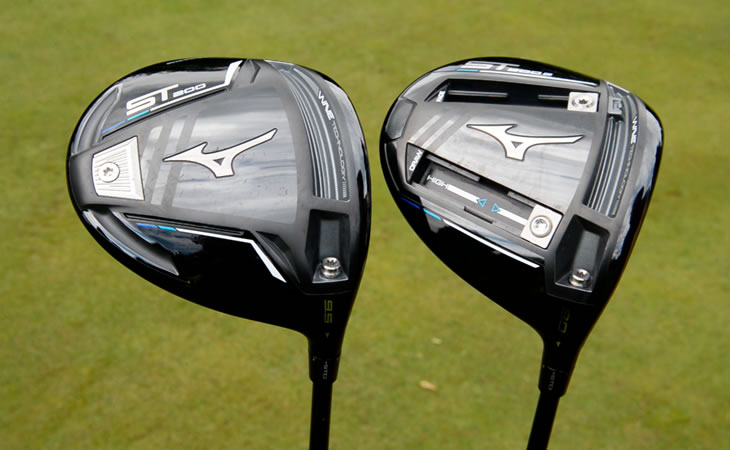 So when Golfalot asked me to review them I was a touch sceptical. I’d been around Mizuno staff players for years on tour and they never played the driver. You only have to look at Luke Donald’s What’s In The Bag over the past 20 years to see that he consistently opted for other brands’ drivers.

However when I did my pre-review research I found that he had been playing the ST200G on the PGA Tour over the past few months, and that got me wondering whether times have changed?

Price-wise, the ST200 series sits alongside Cobra as a more affordable option for most golfers, with the drivers carrying an RRP of between £100-150 cheaper than the big four – TaylorMade, Callaway, PING and Titleist.

This then begs the question. Do you need to speed £500 on a driver to get the best performance?

Mizuno says that their new ST200 driver range is ‘Tour ready, world ready”, meaning that its staff players are using them and the teams in Japan and America have come together to design drivers which can appeal to all golfers.

The main technology feature is the compacted Wave sole which is shaped to decrease drag, and this combines with a variable-thickness graphite crown that can be used to move weight into more appropriate areas of the head.

The drivers also feature a Beta rich Titanium face, which is 17% stronger than the previous material used, so that it maintains its performance levels for longer whilst still feeling responsive across the clubface.

There are 3 models in this family:

The standard ST200 features no adjustability but claims be more forgiving thanks to a fixed rear weight whilst still producing low levels of spin. Mizuno call it a high-stability driver and suggest it is designed for golfers looking for ‘straight line distance and predictability’. Aren’t we all…

The rear weight, which is 11.6g, pushes the centre of gravity deeper into the head whilst also raising MOI to make the driver more forgiving.

The head shape of the ST200 has been redesigned thanks to requests from players on Tour, resulting in a flatter crown and slightly flatter lie angle that will appeal to better players.

The ST200G has ultra-adjustability thanks to the Fast Track system which consists of two 7g sliding weights on the sole which can be used to increase or lower spin rate, as well as introduce draw and fade bias.

Designed for higher swing speeds, the ST200G provides faster ball speeds than last year’s ST190G and is also more reliable on mishits too. This is the driver Luke Donald is gaming in 2020.

The ST200X is the ‘game-improvement’ driver which features heel-biased weighting to help promote more of a draw bias and a high launch, as well as a lighter shaft and grip for improved club head speed.

Like the ST200 and ST200G heads, the ST200X is loft adjustable by 4 degrees and you can also adjust the lie too. Mizuno say that it fits more of a traditional Japanese specification and is best paired with their 39g MFusion shaft to help those golfers with slower swing speeds, although the driver has also found its way into the bag of PGA Tour player Chris Kirk.

“Combining our US and Japan Tour metalwood development is a natural evolution for Mizuno in 2020. We can now combine Japan’s exotic materials and craftsman’s eye for playing profiles with our expertise of working with modern tour players like Keith Mitchell. 2020 is set to be a huge year for Mizuno in metalwoods.”

To try and find out for you golfers whether you need to spend £500 on a driver to get the most performance, I tested the Mizuno ST200 and ST200G Drivers up against the TaylorMade SIM Max, which is my favourite of the ‘big four’ drivers this year.

I first collected data inside on the Trackman 4 Simulator at LSH Auto, before heading outdoors to Houldsworth GC to try the drivers in some ‘real-game’ situations, using my usual Titleist ProV1x balls for the day.

First things first, where has the blue gone?! Mizuno have ditched their iconic blue and gone for a smart black finish instead. The crown design is now very simple and I think it looks gorgeous down at address. It has a really traditional feel now and I think that the ST200 range are among the best-looking drivers of 2020. There’s nothing to not like.

If you’re into your headcovers you’re bound to be satisfied here too as the ST200 drivers come with a classy white, striking boxing glove style headcover which is striking and good quality too.

The ST200 sole is pretty simple in looks, with just the weight at the back, Mizuno running bird logo in the middle and the Wave technology at the front. There is nothing to shout home about here but I do think the looks are a step up from the previous ST190 – Mizuno have tidied everything up a little and it certainly looks better for it.

The ST200G comes as a result of input from the likes of Luke Donald and Keith Mitchell. It looks similar at address but has a lot more going on underneath thanks to the two track weights. These were easy to move around, although it was a little difficult to adjust the loft sleeve at times. I found it fiddley and a little weak.

In terms of feel, both the ST200 and ST200G were a little tinny in sound, although Mizuno say they have worked hard to create a Tour Preferred acoustic and obviously this is mostly just down to individual preference.

The ST200 felt a little lighter in weight, presumably because of the absence of the Fast Tracks, whilst the ST200G felt a little hotter coming off the face and this is something which confirmed in my testing, which you’ll see now…

The performance of this driver on the Trackman Simulator was pretty good, although I never managed to reach my holy grail of 220 yards carry. This was largely because the spin rate was a little high for me at around 2900rpm on average, as well as the fact that the driver comes in half-degree lofts (e.g. 8.5, 9.5) and so I couldn’t set it to my optimal 9 degrees.

Throughout my testing I even got a drive which was up over 3300 rpm, with a peak height of 113 feet. This is too much for me, but it does go to show that the ST200 performs on Mizuno’s promise to provide a higher launch and more spin, so for golfers who need that combination it could be ideal.

I decided to dismiss this driver after indoor testing and focus on the ST200G because the numbers were inferior to the ST200G and the TaylorMade SIM Max, and I wanted to spend a little more time comparing the two head-to-head on the course.

This driver felt more suited to me as the spin was a touch lower on average, and when I struck this properly the rate was down around 2500rpm. This produced a carry of 223 yards with a nice, strong ball flight.

I did tend to miss consistently to the left of target during my indoor testing. I don’t mind that too much as it normally equates to a little bit more distance, but it was something that I wanted to keep an eye on out on the course.

On average, the ST200G spun a little higher than the SIM Max, with a little more spin, although these were both lower than the levels produced by the standard ST200. Distance-wise, the ST200G (blue shots) was closer to the SIM Max (purple shots) although not quite there, but I was impressed with the tightness of the dispersion and it’s always handy to be confident of your patterns when you’re hitting the driver.

The ST200G Driver performed better out on the course than it did during my indoor testing and I was also impressed with the distance I achieved, although I was still tending to pull my shots a little to the left which added a few yards.

However I’d definitely say I was impressed with how the driver stepped up and I managed to hit some tee shots which were long by my standards, finishing 250 yards plus off the tee and outperforming the TaylorMade SIM Max and Cobra Speedzone drivers.

The ball flight was very strong, and showed little effect when hitting into the wind which is always reassuring.

Mizuno have certainly stepped up their driver performance over the past few years and the ST200 series is their best ever in terms of looks and performance, representing further improvement over the ST190.

I didn’t find them to be noticeably low-spinning as the company claims, but ball flight was strong and consistent. Workability was perhaps a touch harder than I would like, but hey that’s what a 3 wood is for!

The ST200G really shone outside compared to inside, and shocked me with its distance. The numbers were pretty good on the Trackman without being anything special so I never thought it would be so dominant outside, but it was and that’s where it counts, so overall I can’t really argue with that.

The ST200G is priced at £50 more than the ST200, but this is still £100 less than the TaylorMade SIM drivers for a club that produces numbers which are just as good.

So next time you think about upgrading your driver, add Mizuno to your list to test!

Mizuno drivers, I have been converted. It looks fantastic and performs really well too.

I have to admit that I doubted whether the ST200 range would be good enough to compete with the likes of TaylorMade, Callaway, Ping and Titleist before I took the headcover off it, but wow was I proved wrong!

I would happily play the ST200G Driver.