LAKE BUENA VISTA, Fla. – Major League Baseball Hall of Famer John Smoltz proved to be a formidable closer after a long career as a starting pitcher with the Atlanta Braves.

He said closing out the Diamond Resorts Tournament of Champions Sunday for his first celebrity title was nothing like closing in baseball.

“I don’t want that adrenaline rush in golf,” Smoltz said. “Being a closer and coming through those doors and getting three outs, that rush is phenomenal. It’s adrenaline like you never could imagine, but it’s controlled, whereas here, I’m not lying, I was thinking about math the last five holes. All I was thinking about is how many points I’m up.”

Smoltz finished with 149 points in the modified Stableford format, taking home the $100,000 first-place check. He finished with three more points than Mark Mulder and nine more than Mardy Fish.

On his regular scorecard, Smoltz closed with a 3-over-par 74, finishing the week at 3 under overall.

“This is a great event, and it was a grind,” Smoltz said. “I’ve learned a lot. This feels good.”

At 51, Smoltz said he would like to qualify for the U.S. Senior Open again.

“If time allows, then I can qualify for a couple other events,” Smoltz said. “I would like to do that. I really want to play as much competitive golf as I can in the next nine years.”

“I’m not kidding anybody, or kidding myself, thinking I can do it,” said Smoltz, Fox’s lead MLB analyst. “There’s no way I can do it full-time … In the midst of my broadcasting, this sure helps fill the void of not having much competition the last nine years, because I’ve retired. I love to compete. I really do.” 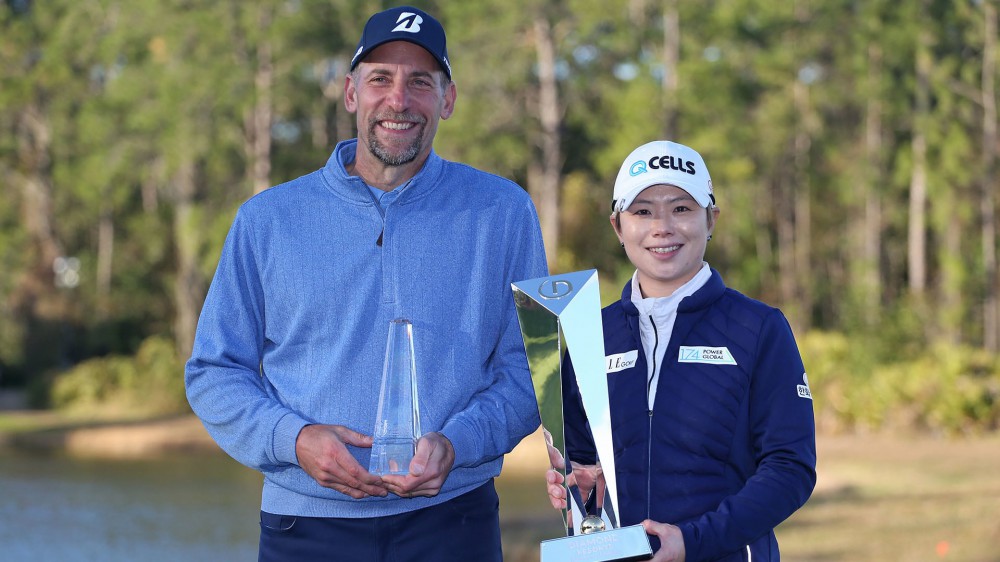 DeChambeau on practice green in dark before Saturday 63 at Sony

Will players putt with the pins in at the Masters? Fred Ridley didn't say no