Francesco Molinari leads Tiger Woods and Tony Finau by two shots at the 83rd Masters. Here’s where things stand through 54 holes at Augusta National, where the final group will tee off at 9:20 a.m. ET Sunday morning:

What it means: Molinari is the reigning Champion Golfer of the Year, in search of his second major victory in his last three tries. Molinari won Woods’ event outside Washington, D.C., last summer by eight shots, went head-to-head with him at Carnoustie en route to the claret jug, then beat him three more times in team matches at the Ryder Cup. Woods, of course, is vying for his fifth green jacket, his 15th major title, his first Masters victory since 2005, and his first major of any kind since the 2008 U.S. Open at Torrey Pines. Finau has won just once on the PGA Tour, at the opposite-field 2016 Puerto Rico Open, but last season recorded 11 top-10 finishes and three runners-up and was mathematically in the hunt to win the FedExCup at East Lake with zero victories to his name. He finished T-10 in his Masters debut last year with a swollen, purple ankle and followed with a fifth at Shinnecock and a tie for ninth at Carnoustie. Koepka has won three of the last six majors contested and would, with a win Sunday, capture the third leg of the career Grand Slam.

Tee times moved up: With inclement weather expected to roll into Augusta in the afternoon, players with go off split tees in threesomes starting at 7:30 a.m. The final group of Molinari, Woods and Finau is scheduled for 9:20 a.m.

Round of the day: Well ahead of the final groups, Finau, Simpson and Patrick Cantlay fired rounds of 64. Finau tied the first-nine record of 6-under 30 and added two more birdies to take the clubhouse lead. Simpson was even par through six before ripping off four consecutive birdies on Nos. 7-10. He played another four-hole stretch in 4 under when he eagled No. 13 and birdied Nos. 14 and 16. Cantlay was 2 over through two days before pouring in eight birdies on a bogey-free Moving Day to reach 6 under for the week.

Best of the rest: Molinari made the turn in 2 under and then rattled off four straight birdies on Nos. 12-15 to stretch his lead to two. He parred his way into the clubhouse for a bogey-free round of 66. He has not dropped a shot since the 11th hole on Thursday.

Biggest disappointment: Aussies Adam Scott (72) and Jason Day (73) started the day tied for the lead but now find themselves six and seven back. They were two of only three players in the top 30 who didn’t break par Saturday. Patton Kizzire shot 1-over 73.

Silver Cup: Victor Hovland (-2) leads the race for low-amateur honors by one shot over Takumi Kanaya (-1). Alvaro Ortiz and Devon Bling find themselves plus-1 and plus-2.

Shot of the day: Finau’s iron from 261 yards, up the hill, to 8 inches at the par-5 eighth, setting up his kick-in eagle.

Quote of the day: 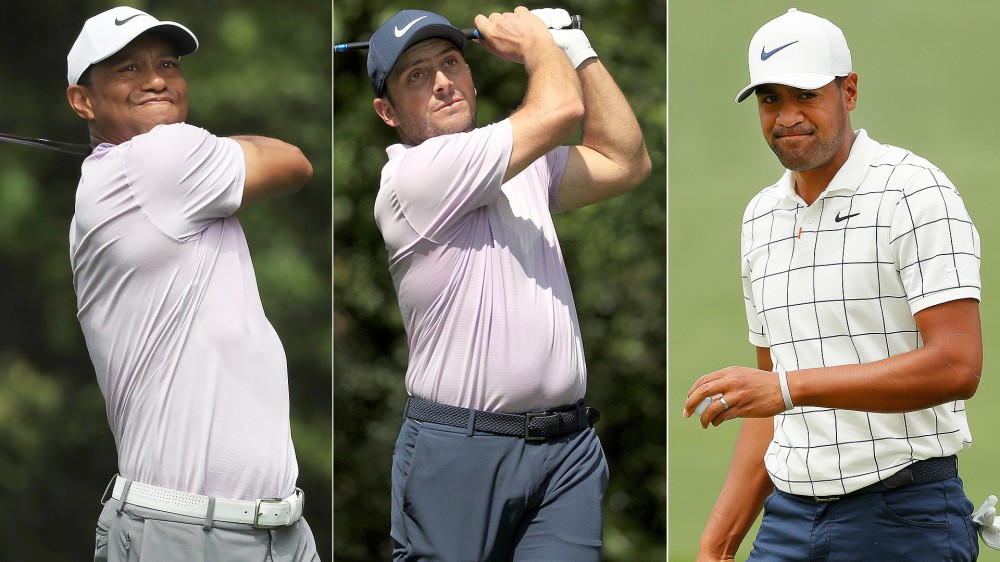 'No lead is safe' as Fowler within striking distance at Honda