“I was in front of a TV, for sure. I can’t remember, to be honest, if I stayed up until the end because we all knew how it was going to end,” Molinari said on Saturday at Augusta National. “I was very proud to see Costantino playing in the last group with him, and it was one of those highlights.”

Rocca never had much of a chance that day after starting the final round nine strokes behind Woods, who won that Masters by 12 strokes. Rocca finished with a 75 to tie for fifth place.

Molinari will be in a much better position on Sunday when he tees off with Woods and Tony Finau in the day’s final group. He’s at 13 under par and two strokes ahead of Woods.

For Molinari and most Italian golfers of his generation, Rocca was the standard and inspired him to put in the work that eventually made him a major champion.

“Costantino has been a huge [role] model and a huge motivation,” Molinari said. “I was lucky enough to meet him when I was like 18, not even a professional, and he’s a great guy. Spoke to me many times when I got on tour trying to help me, and he’s been a big influence on my career.” 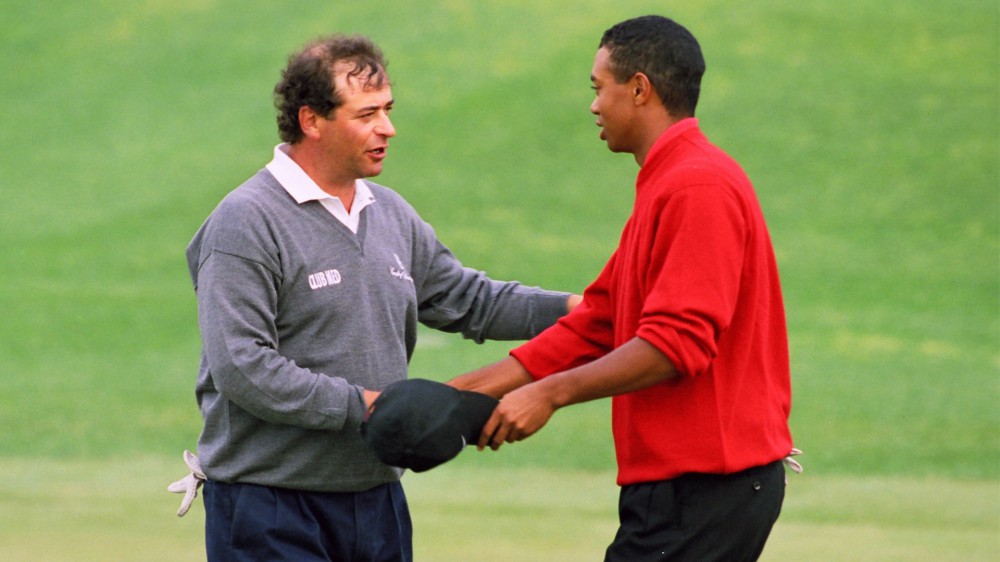 Kang leads by 3 heading into Nelson final round

Fowler doubles down on drop rule: Not growing the game