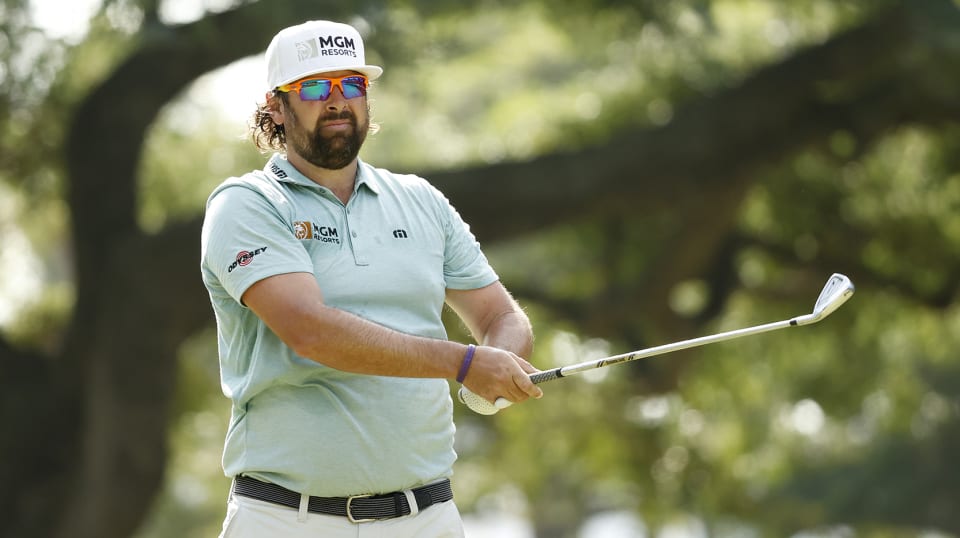 Here is a look at the four players who Monday qualified for the Farmers Insurance Open in Murrieta, California. The last two spots were decided in a five-man playoff.

Andres Gonzales (69)
Age: 37
College: UNLV
Turned pro: 2006
PGA TOUR starts: 128
PGA TOUR earnings: $2.5 Million
Twitter: @Andres_Gonzales
Notes: This is his second straight successful Monday qualifier after getting through at the Sony Open, where he missed the cut despite a second-round 67. … Is currently 148th in Korn Ferry Tour points and has made nine of 21 cuts so far in the extended ’20-21 season.

Tain Lee (69)
Age: 30
College: Claremont McKenna College
Turned pro: 2012
PGA TOUR starts: 0
PGA TOUR earnings: 0
Twitter: N/A
Notes: Made an eight-foot putt on the last hole at the pre-qualifier to get through to the Monday qualifier on the number … Has four top-10s in 33 career starts on the Mackenzie Tour PGA TOUR CANADA.

Jared du Toit (70)
Age: 25
College: Arizona State University
Turned Pro: 2017
PGA TOUR starts: 3
PGA TOUR earnings: N/A (made one cut as an amateur)
Twitter: @jareddutoit
Notes: Made a 12-foot putt on the 17th hole, then chipped in on 18 to get into playoff … Birdied the first playoff hole to get through … All of his other three PGA TOUR starts came at the RBC Canadian Open.

Q & A with Patrick Flavin

PGATOUR.COM spoke with Korn Ferry Tour member Flavin, who was in qualifying position before play was suspended Monday night. He would later be eliminated in the five-for-two playoff Tuesday.

PGATOUR.COM: Today was tough, weather wise, and scoring was high. When you turned in a score of 70, did you think you had a chance?

Flavin: The weather was nuts. We had hail, wind, rain, sun, we basically had it all. Then, knowing that with so many players that it wasn’t going to finish ’til Tuesday, it was just an unusual Monday qualifier.  When I finished at two under, I didn’t think I really had any chance. That said, I’ve gotten through a couple of Monday qualifiers and in both cases last year I didn’t think I was going to make it. You really never know what to expect. So, I was literally just sitting in my car watching scores come in.

PGATOUR.COM: It’s always a little hectic when a Monday does not finish to arrange a hotel, especially when you’re right on edge of being in or out. What did you arrange for tonight?

Flavin: Fortunately, I have a friend back in Scottsdale whose parents live about 45 minutes away from the course. So, I called them, and they were nice enough to let me stay for the night. It is really nice of them, and awesome to have a place to stay. I’ll hopefully get some sleep and then pack up and head back to the course early tomorrow morning.

PGATOUR.COM: Do you mentally prepare yourself for a playoff, or do you now tell yourself your score will not hold up in order to take away some of the disappointment if it doesn’t?

Flavin: I always think it’s better to go in thinking and preparing that you are going to play. Especially in this case, I would absolutely love to have a chance to get into a playoff. I think there is no cooler, more exciting feeling than a Monday qualifier playoff. It’s so pressure-packed because it’s either get in or go home. I would love the opportunity. … Assuming I am going to play gives me the chance to mentally prepare for that moment. That can also be tough if I don’t make it, but I have to think what’s best for me.

PGATOUR.COM: There is no live scoring at Monday qualifiers, and there are a lot of players left on the course. Did you ask friends still out there about whether anyone was playing well?

Flavin: The only guy I talked to was Nick Hardy, one of my best friends. He texted me and said it was playing really tough and he’d be surprised if anyone beat two under. There are guys that have seven or so holes left, so you never know. In general, I try to stay away from that stuff; when I see scores posted, I’ll know. I’ll just wait and see. Hanging out in the car all day just watching scores come in isn’t the most fun thing in the world, but it’s better than not having any chance at all.

PGATOUR.COM:  What is the plan tomorrow morning?  Are you going to watch scores come in from where you are staying, or get to the course and watch them come in live?

Flavin: I am going to get to the course pretty early. I will get there and talk to the guys running the event and see what they are thinking as far as timing of the playoff, if there is one. I just like to be at the course and be prepared. Last year at the Waste Management Monday they told me a playoff would be in 30 minutes and 10 minutes later they were calling us to the tee. It was a good lesson to be ready.

PGATOUR.COM: Are you going to get any sleep tonight?

Flavin: Yeah, I am really tired. Today was a grind with the weather, so I think I’ll sleep really good.

NOTES FROM OTHER TOURS:
The Korn Ferry Tour season starts at the Lecom Suncoast Classic, Feb. 18.
Click here for the link to the full schedule.