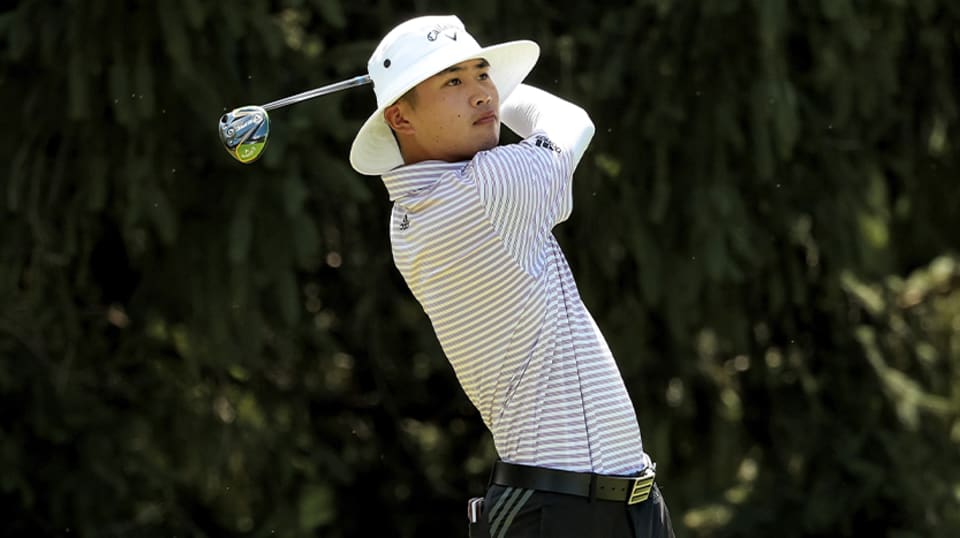 Here is a look at the four players who Monday qualified for the Safeway Open. The PGA TOUR returned to four spots available at Monday Qualifiers this week to start the new 2020-2021 FedExCup season. There was a four-player playoff for the last two spots.

Shintaro Ban (61)
Age: 24
College: UNLV
Turned pro: 2018
PGA TOUR starts: 4
PGA TOUR earnings: $14,112
Twitter: @shinnyboy27
Notes: Played the last 13 holes in 10 under after parring the first five holes… His only made cut on the PGA TOUR was the 2018-2019 Mayakoba Golf Classic where he finished 72nd… Only PGA TOUR start last season was in A Military Tribute at The Greenbrier where he also Monday qualified but missed the cut… Monday Qualified into the Price Cutter Charity Championship presented by Dr. Pepper this year on the Korn Ferry Tour for his only career KFT start… Played in the 2018 US Open as an amateur where he missed the cut… Has made 10 career starts on the Mackenzie Tour-PGA TOUR Canada with three made cuts and a best finish of T31 at the 1932byBateman Open in 2019… Had a great college career at UNLV, where he averaged 72.28, sixth best in school history… Was the junior player of the year in Northern California in 2013… His nickname is Baby Seal… He was ranked as high as ninth in World Amateur Golf Rankings (WAGR) before turning pro.

Andy Zhang (64)
Age: 22
College: University of Florida
Turned pro: 2018
PGA TOUR starts: 2
PGA TOUR earnings: $67,125
Twitter: @AndytheZhang
Notes: Played in the 2012 US Open at the age of 14, becoming the youngest person to tee it up in the Championship… Also played in the European Omega Masters in 2012… Monday Qualified and finished T23 at the Houston Open last season on the PGA TOUR… Played the Korn Ferry Tour last season, making nine of 22 cuts with a best finish of T10 coming at the Nashville Open benefitting the Snedeker Foundation… Finished 154th in Korn Ferry Tour points last season…Born in Beijing, China… Played two seasons at the University of Florida before turning pro… Was a finalist for the Haskins Award while at Florida… Averaged 71.10 for his sophomore season… Ranked 12th in WAGR before turning pro.

M.J. Daffue (65, through in playoff)
Age: 31
College: Lamar University
Turned Pro: 2012
PGA TOUR starts: 3
PGA TOUR earnings: $66,940
Twitter: @mjdaffue13
Notes: Is having amazing success in Monday Qualifiers over the last year and a half, successfully Monday Qualifying five times in 2019 on the Korn Ferry Tour… In those five starts did not finish outside the top 29… Monday Qualified into the Workday Charity Open on the PGA TOUR in July and finished T22 after making a final hole birdie on Friday to make the cut on the number and shooting the lowest third round of the tournament… It was one of three starts last season with a T52 at the Puerto Rico Open and a missed cut at the Barracuda Championship… Has played on numerous worldwide tours including the Sunshine Tour and Asian Developmental Tour… Daffue has made ten career Korn Ferry Tour starts with seven made cuts and over $41,000 in earnings.

Luke Schniederjans (65, through in playoff)
Age: 22
College: Georgia Tech
Turned Pro: Amateur
PGA TOUR starts: 0
PGA TOUR earnings: 0
Twitter: N/A
Notes: In July won the 99th Georgia Amateur… Won three college events and had 11 Top 10s in his career at Georgia Tech… A 71.37 career scoring average is third in Georgia Tech history… Had been ranked as high as 65th in WAGR… Brother Ollie is on the Korn Ferry Tour and also went to Georgia Tech where he reached world no. 1 amateur status. Ollie won on the KFT in 2016, beating TOUR players Collin Morikawa and J.J. Spaun in a playoff… Brother Ben pitched for the Georgia Tech baseball team… Graduated with a business administration degree… Started playing golf when he was 12.

NEXT MONDAY QUALIFIER
September 28th: Sanderson Farms Championship, Deerfield Golf Club
(There was a Monday Qualifier held before the COVID-19 break for the Corales Puntacana Resort and Club Championship. Those four players who earned spots will keep their spots for the rescheduled event.)

NOTES FROM OTHER TOURS:
Peyton White who decided to play in the KFT Monday Qualifier last week for the Lincoln Land Championship at the last minute, finished T22 and is in the Evans Scholar Invitational.

Monday Qualifier Corbin Mills also finished T22 at the Lincoln Land Championship and earned a spot in the Evans Scholar Invitational. It was his first Korn Ferry Start in six years.

Bryson Nimmer will play in the Safeway Open this week. He has two wins, a runner-up, and T13 on the LOCALiQ series in his four starts. He is a combined 70 under in the 12 rounds.