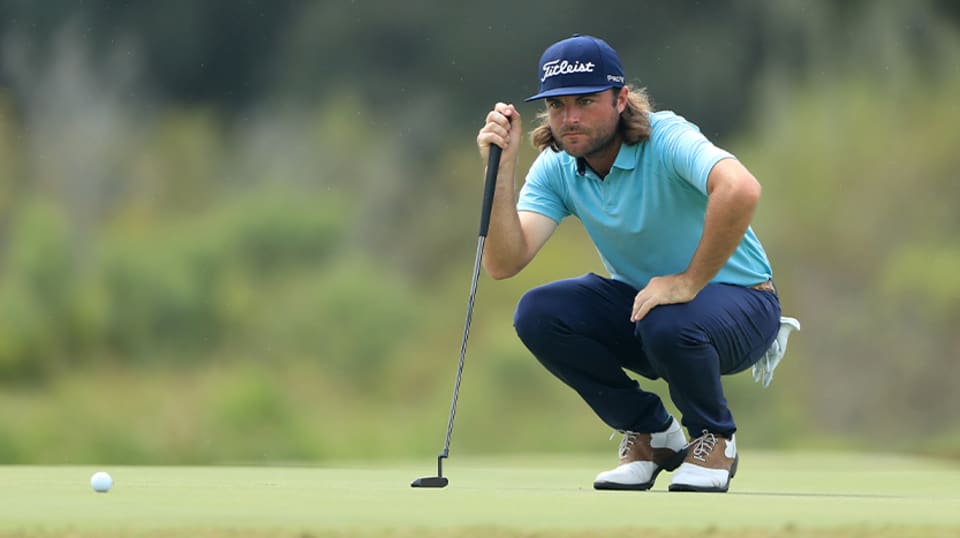 Here’s a look at the four players who qualified for The RSM Classic. The final two spots were decided in a four-person playoff. The playoff for the last spot lasted 10 holes.

Michael Hebert (63)
Age: 29
College: Auburn University
Turned pro: 2013
PGA TOUR starts: 3
PGA TOUR earnings: $0
Twitter: N/A
Notes: Has 106 career Korn Ferry Tour starts, with three top-10s. His best career finish is fifth, which he has done twice … He made 12 of 21 cuts on the Korn Ferry Tour in 2019 with three top-25s and finished 124th on the money list … Has made three career PGA TOUR starts, including the 2018 U.S. Open at Shinnecock Hills, where he missed the cut … Played his freshman year at Florida State before transferring to Auburn … Was ranked as high as sixth in the junior rankings prior to college.

Brandon Crick (64, via 4-for-2 playoff)
Age: 32
College: Nebraska
Turned Pro: 2010
PGA TOUR starts: 1
PGA TOUR earnings: $0
Twitter: @bcrick22
Notes: Made a birdie on the third playoff hole to advance … Has played 68 career Korn Ferry Tour events … Has played 21 events this year, with 14 made cuts and one top ten at the Korn Ferry Challenge at TPC Sawgrass … Was well down the Korn Ferry Tour’s Points List last year, then shot 62-68 on the weekend of the Ellie Mae Classic to finish runner-up and retain his card … Was finishing his degree in 2015 when he received a call from Larry the Cable Guy that changed his career plans. Larry sponsored Crick’s pro career and still does today … His senior year at Nebraska he averaged 72.27, which at the time was the second-best in school history … Started his college career at Gonzaga University.

Josh Teater (64, via 4-for-2 playoff)
Age: 41
College: Morehead State
Turned Pro: 2001
PGA TOUR starts: 202
PGA TOUR earnings: $5.7 Million
Twitter: @jteater12
Notes: Outlasted Brad Adamonis in a 10-hole playoff to grab the last spot. Made numerous par saves to stay in it throughout the playoff … Made a 15-foot birdie putt on the 10th playoff hole to get through … Has 14 top-10 finishes in his 202 career PGA TOUR starts … Finished second at the Puerto Rico Open in February … Has made three starts in the 2020-21 season so far, with zero made cuts … Has one Korn Ferry Tour win, at the Utah Championship Presented by Utah Sports Commission in 2009 … That season he also had a runner-up and a third-place finish, which helped him finish seventh on the money list … He has 123 career Korn Ferry Tour starts with a total of 13 top-10s.