Angel Yin is one of the LPGA’s most powerful players, but her coach says there’s a lot more to the young American’s game.

Bobby Lasken says Yin plays with an intelligence and feel in her hands you don’t find in a lot of players.

Yin, an LPGA rookie who turned 19 earlier this month, took the outright lead in the second round of the KEB Hana Bank Championship in South Korea Friday in a bid to claim her first tour victory. She helped the United States win the Solheim Cup in August as the second youngest American ever to play in the international team event. Lexi Thompson was four months younger when she made her first team.

Lasken says Yin has a rare feel for a golf club, a sense of equipment that most young players don’t have.

“It’s the most amazing thing,” Lasken said. “She has such a great feel for clubs. She probably knows more about golf clubs than any player on the LPGA tour. She really has an understanding of weighting and things like that, when a club isn’t right, when something is a bit off. She can tell if the weighting on a putter head makes it a little open. People who don’t really know may not think it matters. It matters. She knows clubs in a way that’s rare.”

Yin ranks seventh on the LPGA in driving distance, averaging 271 yards per drive, and she used that power taking the lead on the Sky 72 Ocean Course in Incheon. She eagled the fifth hole, hitting driver and then 6-iron to 12 feet. She birdied the other three par 5s, playing them cumulatively in 5 under.

“Distance is the highlight of my game, my advantage, too,” Yin said.

While Yin wasn’t a household name in the women’s game before the Solheim Cup, she has been on the radar of other tour players since she began emerging as a force as a junior growing up in California.

At 13, Yin qualified for the U.S. Women’s Open at Blackwolf Run. At 14, she won a junior qualifier to get into the ANA Inspiration and made the cut. At 15, she Monday qualified to get into the LPGA’s Kia Classic, At 16, she won the AJGA’s Annika Invitational, finished runner up in the U.S. Girls’ Junior and played on the U.S. Junior Solheim Cup team.

“Angel is a gifted athlete,” Lasken said. “A lot of what she has you just can’t teach.”

Lasken first heard about Yin when she was 10. Lasken’s sister, Kim, an LPGA pro at the time, was paired with Yin in a U.S. Women’s Open qualifier.

Yin made a name for herself on the Ladies European Tour last year. She finished second on tour in driving distance and 11th on the Order of Merit.

She also made a name for herself with her quirky, good humor.

“I’m from California, and I could tell right away Angel was a California girl,” said Beth Allen, the first American to win the LET’s Order of Merit. “It’s the way she talks, and that Californian free spirit. She marches to the beat of her own drum. She’s just a lot of fun.” 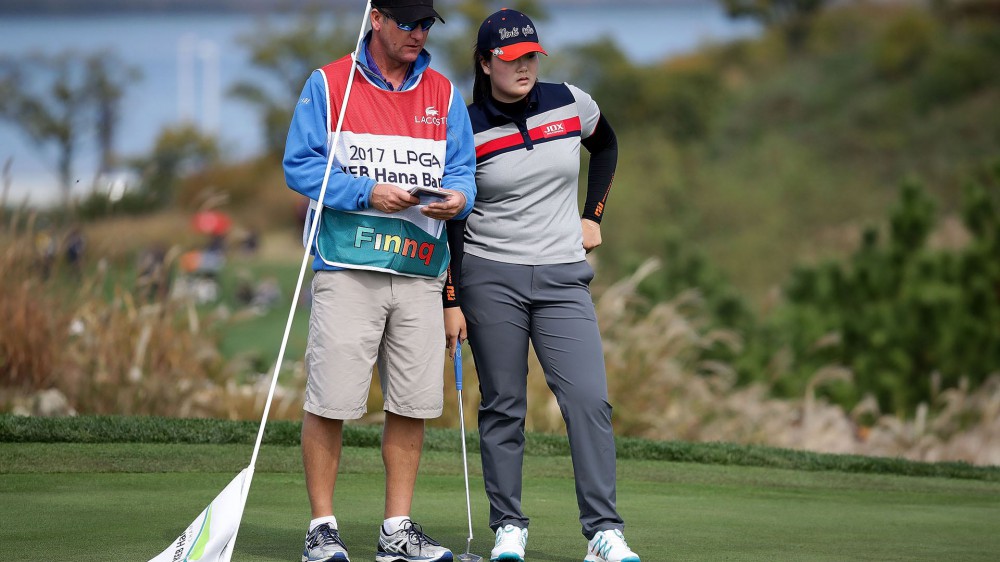 How Macklemore fell in love with golf