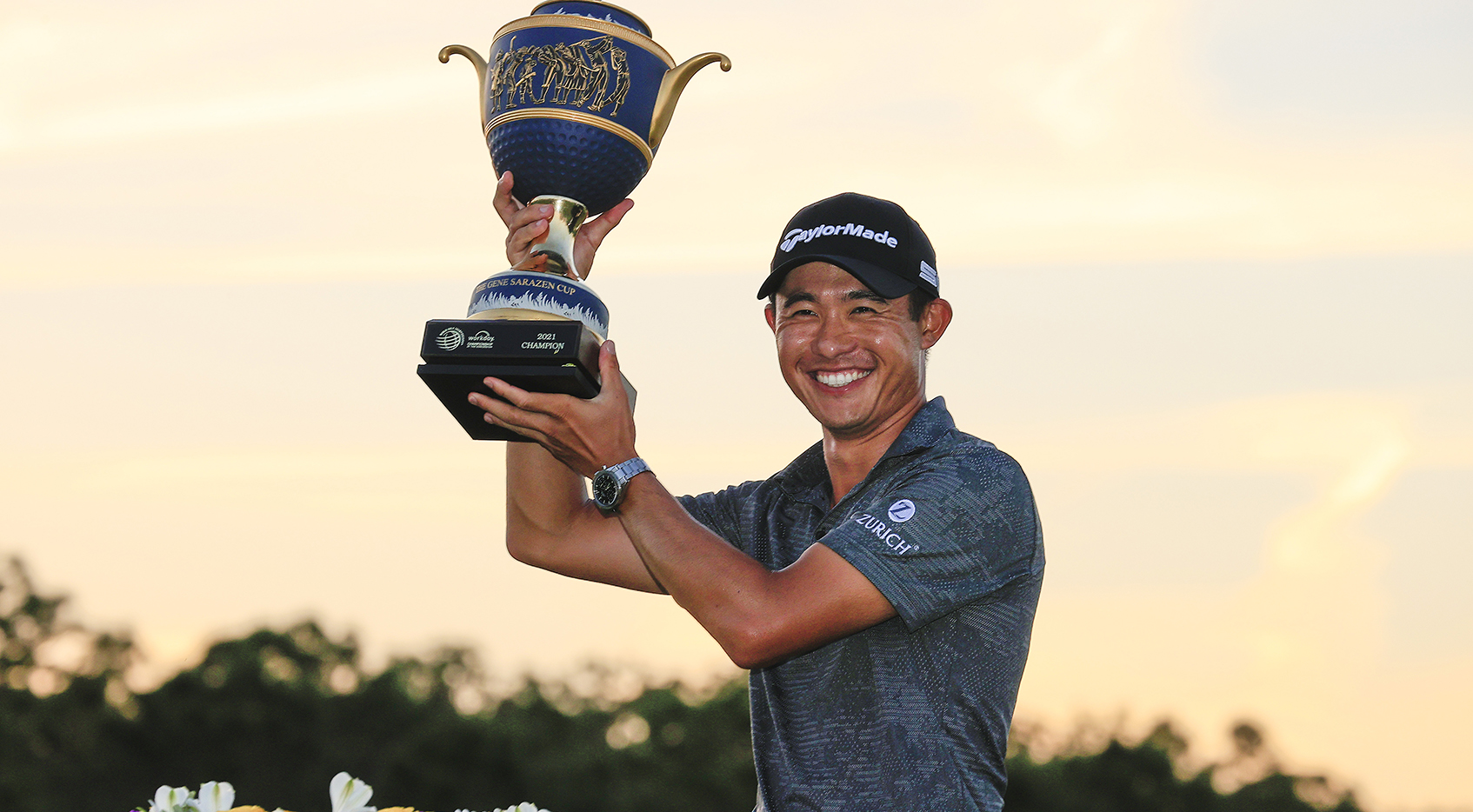 Most young players would love to have Morikawa’s problems. But while he had won the Workday Charity Open in July and the PGA Championship in August, Morikawa, 24, had cooled considerably. He’d missed the cut at the U.S. Open and the Shriners Hospitals for Children Open, his hometown tournament. A T44 at The Masters Tournament was underwhelming. He wondered aloud whether he was working hard enough.

“I got complacent,” he said Sunday. “I was getting lazy.”

Eager to shake things up, he used his new saw putting grip from start to finish at The Genesis Invitational in L.A. Although Morikawa finished T43, he still felt encouraged.

“He was dead last in the field in putting,” Jakovac said, “but he was like, ‘It felt really good.’ He just kept saying that. He’s like, ‘Are you worried about it?’ I’m like, ‘Not at all. Your stroke has great flow to it. It looks better to me like that, you’re releasing the putter through the ball.’”

The new stroke was golden at The Concession, where Morikawa averaged 27 putts per round and gained nearly four strokes on the field. His impeccable ball-striking kept him out of trouble on a course where disaster lurked around every dogleg and doomed the chances of several players.

Hovland might have won outright, or at least forced a playoff, were it not for his quadruple-bogey 8 on the ninth hole, his last of the day, in the second round Friday. Cameron Smith was in contention until suffering a third-round 77. Bryson DeChambeau, who won the 2015 NCAA Men’s Championship at The Concession, opened the tournament with a 77.

Morikawa kept the big numbers off his scorecard, making worse than bogey just once, a double-bogey 6 at the 16th hole Thursday. He led the field with 27 birdies.

“His advantage is superior ball-hitting on a course that has massive penalties for missing it,” Jakovac said. “It’s being in control of your golf ball, which he was, and then you add on top of that he started to make putts and chip it good, it’s a good combination.”

The WGC-Workday wasn’t just Morikawa’s fourth win, it was also a reminder of the brotherhood of the TOUR. Players wore red and black to honor Tiger Woods, who suffered compound leg fractures in a single-car accident in L.A. Woods said on Twitter that he was touched; players at The Concession said it was the least they could do for a man who transformed the game.

O’Meara himself was a beneficiary. Having sharpened his game while living in Orlando and practicing with Woods, O’Meara captured the 1998 Masters and Open Championship – the last two victories of his 16-win PGA TOUR career. Morikawa has been a beneficiary, too. As with many players his age, Woods inspired him to pursue golf. They now share an agent, Mark Steinberg, who told Morikawa to go close out the tournament the way Woods would.

“I think I did,” Morikawa said.