Kiradech Aphibarnrat took another big step toward turning around a disappointing year with an opening-round 65 at the WGC-HSBC Champions in China.

It wasn’t too long ago that the burly Thai was inside the top 50 in the world rankings and playing in majors, having peaked at No. 37 following the 2016 Masters. But he has largely struggled since then, at one point dropping outside the OWGR top 150 and relegated to playing this year entirely on the European and Asian tours.

Aphibarnrat started to show signs of his old form with a T-9 finish at the KLM Open in the Netherlands last month, then built upon that with a runner-up showing behind Tyrrell Hatton at the Italian Open two weeks ago. Now the 28-year-old on the leaderboard in Shanghai after an opening-round 65 left him one shot behind Brooks Koepka.

“I’m confident with my swing, and the way I’m striking the ball and rolling the putts on the greens, I think it might be a good week,” Aphibarnrat told reporters. “Really pleased with the way I’m playing.”

Aphibarnrat also had some off-course motivation during the opening round, which he played dressed in all black as an homage to King Bhumibol Adulyadej, who reigned in Thailand for more than 70 years prior to his death last year. The people of Thailand concluded a year-long mourning period with funeral ceremonies this week.

“It’s not an easy situation, because it’s hard to explain how deeply our king was loved and how sadly he is missed,” Aphibarnrat told the Associated Press. “He will always hold a special place in my heart. But he loved sport, and he would have been the first to say the show must go on.”

The 65 was Aphibarnrat’s career low round on the PGA Tour, and it came in his first start in a PGA Tour-sanctioned event since he represented Thailand in the Olympics 14 months ago. His scorecard was a colorful one, including 10 birdies highlighted by a run of seven straight in the middle of his round from No. 16 to No. 4.

Currently ranked No. 103 in the world, Aphibarnrat hopes to continue his momentum as he looks for what would be a career-altering victory given the spoils that accompany a WGC trophy.

“I didn’t bring my A-game today, but my putting is fantastic. I holed almost every putt on the greens,” Aphibarnrat said. “I’ll just try to enjoy my game and try to enjoy the big event in Asia, especially a lot of top players are in the field. I’ll play my own game and try to make lots of birdies.” 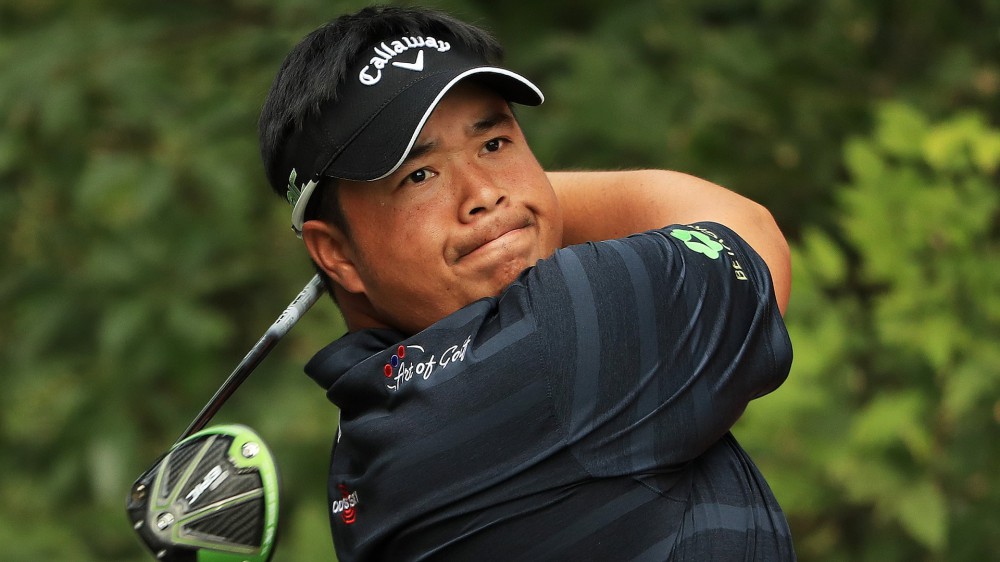