NAPLES, Fla. – The Korda sisters are looking to win together this week.

Jessica was named winner of the Heather Farr Perseverance Award during the LPGA Rolex Awards dinner Thursday night, with her younger sister, Nelly, escorting her on stage to help present it.

On Friday, it was Nelly’s turn to move center stage among the leaders at the CME Group Tour Championship. She put up a 5-under 67 to equal the low round of the day, moving into a tie for fourth, four shots off the lead.

Nelly said she learned to play Tiburon Golf Club as a spectator watching her sister play here, back when Nelly was still an amateur.

“I just kind of feel at home because I’ve seen this golf course so many times,” Nelly said. “I feel so comfortable out here.”

Nelly, 19, broke through to win the Swinging Skirts Taiwan Championship last month. Jessica, 25, won the Honda LPGA Thailand back in February for her fifth career LPGA title. That victory was part of the reason Jessica won the Heather Farr Perseverance Award. It came in Jessica’s first start of the year, after coming back from a painful and complex surgery in the offseason to correct a misalignment of her jaw that was causing debilitating headaches.

The Kordas are only the third set of sisters to win LPGA titles. Annika and Charlotta Sorenstam were the first, Ariya and Moriya Jutanugarn the second.

“It was amazing to see her,” Nelly said. “She was a bit nervous doing that speech, but I’m so proud of her coming this far, how she started the year to how she is at the end of the year.” 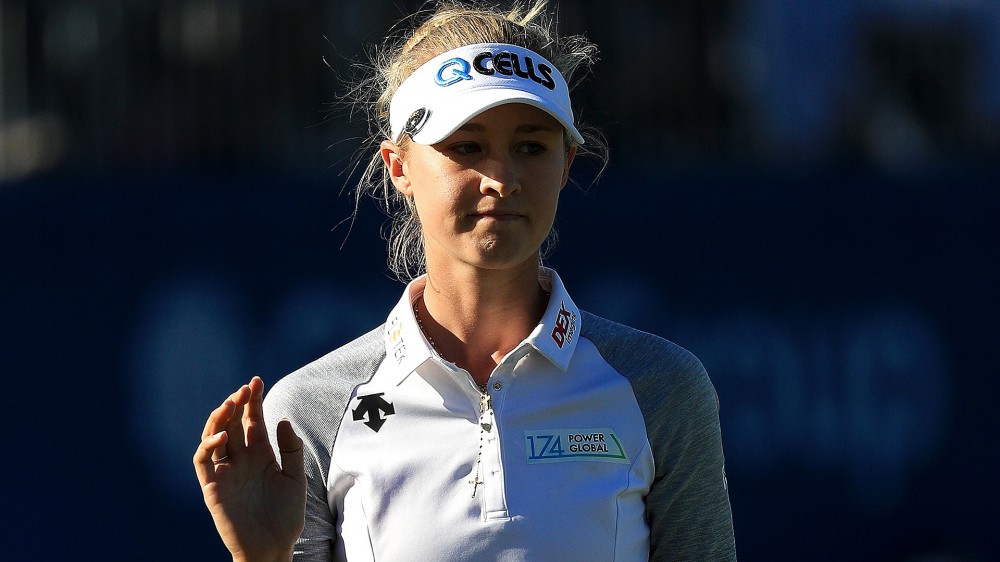