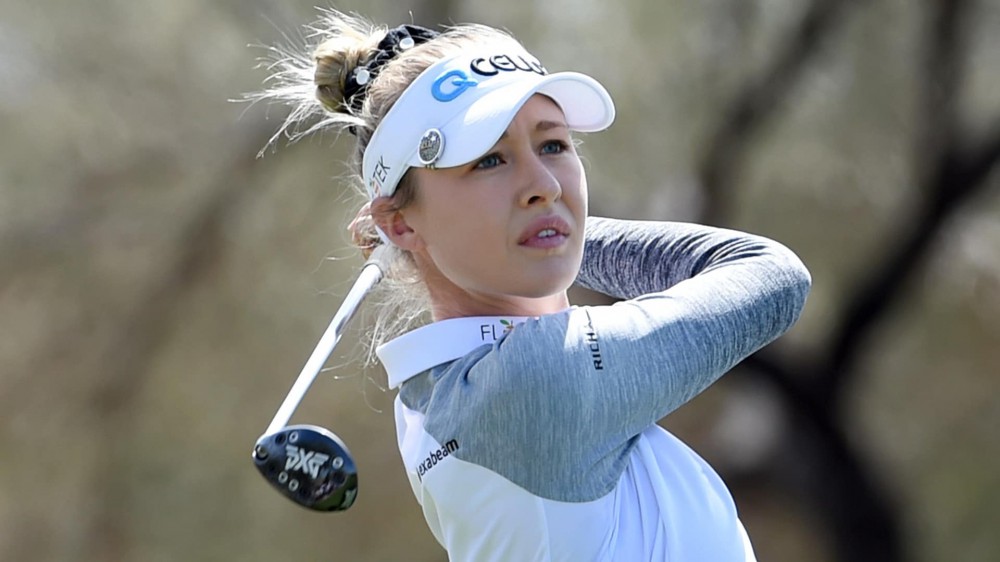 Nelly Korda moved up two spots to No. 6 in Monday’s release of the Rolex Women’s World Rankings, making her the highest ranked American in the world.

Korda, 20, moved up with her T-2 finish Sunday at the Bank of Hope Founders Cup. She has two victories, two second-place finishes and a third-place finish over her last eight starts. She has finished outside the top 10 in just one of those starts.

Korda overtook fellow American Lexi Thompson, who moved down to No. 9 in the world.

Jessica Korda, Nelly’s older sister, moved up two spots to No. 12 after she also tied for second on Sunday.

Jin Young Ko, who won the Founders Cup, moved up five spots to No. 4. She’s now the second highest ranked South Korean in the world, trailing only world No. 1 Sung Hyun Park, whose reign atop the rankings extends to a fourth consecutive week.

China’s Yu Liu moved up to No. 47 in the world, climbing 24 spots after her best finish in an LPGA event, a tie for second at the Founders Cup.