Na fires back over slow play criticism from cricketer

Kevin Na fired back over recent criticism he received about his purported slow play at last week’s Genesis Open.

Kevin Pietersen is a retired English cricketer with more than 3.6 million followers on Twitter. He tweeted a video of Na, known as one of the slower players on the PGA Tour, taking more than a minute to line up and hit what he described as a “Tap In” during the final round at Riviera:

That Is A Tap In, MATE! pic.twitter.com/YMmNT6m5H7

He then added another video of himself on a green in Dubai, where he again called out Na and showed how long he believed it should take for a player to brush in a short putt:

Hey, Kevin Na – THIS IS HOW LONG A TAP IN SHOULD TAKE!

Na has faced his fair share of slow play criticism, but this time he decided to defend himself. Na isn’t on Twitter, but he took to Instagram to tell Pietersen to “stick to your own sport,” pointing out both the length of the putt in question and the stakes that were involved during the final round, when Na went on to tie for second behind Bubba Watson:

@kp24 lets get some facts straight. Shot tracker shows what u call “tap in” 3ft 4in. Since when is 3’4’’ on green speed 12 a “tap in.” FYI 1 shot for me on Sunday was 300k. Difference between T2 and T4. Yes, I did back off because the line didn’t feel right. So what! BTW that was the only putt I backed off all day. Also our group was on pace all day! We waited if anything. @pgatour @golfdigest @golf_com @golfchannel #getyourfactstraight #sticktoyourownsport #everyshotcounts 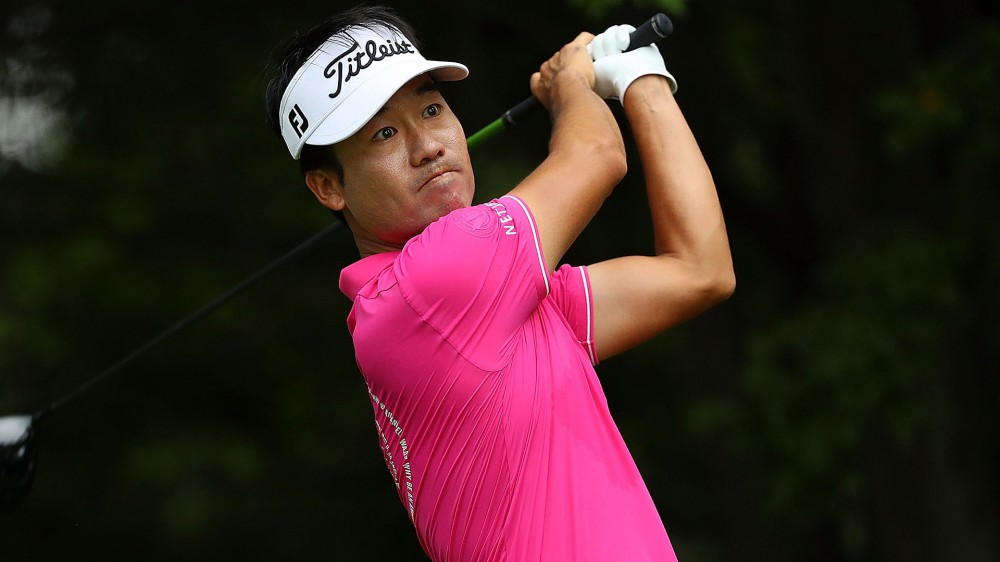