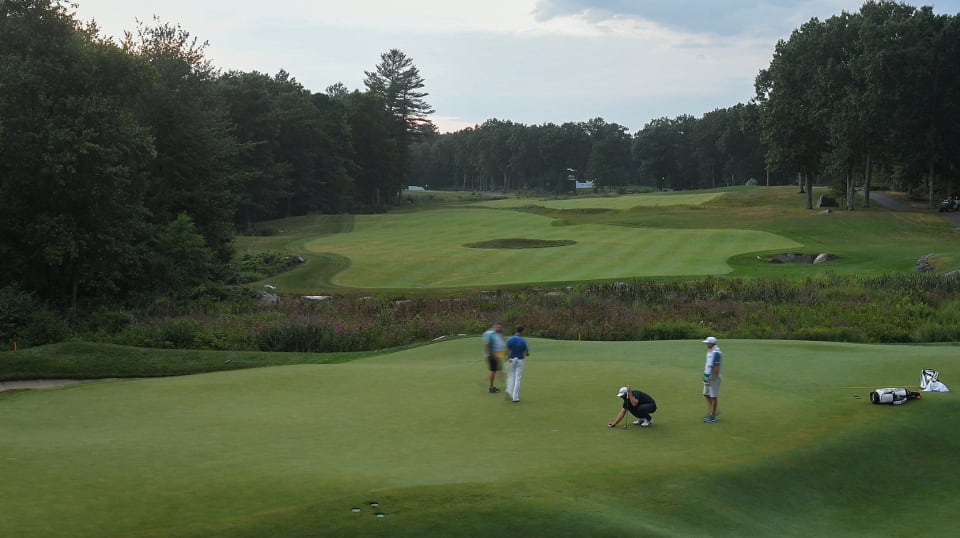 The 2019-20 PGA TOUR Season will be remembered as one of emotional extremes, from incredible competition and celebratory moments, to the sudden shutdown of the season during THE PLAYERS Championship due to COVID-19, to the successful Return to Golf 14 weeks later that has brought fans to the exciting FedExCup Playoffs and the culmination of the TOUR season.

PGA TOUR 2020: Must-See Moments sponsored by Myrbetriq (mirabegron), which airs Sunday, August 30, from 2-3 p.m. ET on NBC, will track these unprecedented events and the stories behind them.

The dominating theme during the opening portion of the season was the monumental achievement of Tiger Woods with his victory at the ZOZO CHAMPIONSHIP to equal Sam Snead’s PGA TOUR record of 82 career wins. Not to be overlooked, though, were other outstanding performances like Brendon Todd’s sudden emergence the following two weeks with his victories at the Bermuda Championship and Mayakoba Golf Classic.

The 2020 portion of the schedule opened with Justin Thomas’ second victory of the season and was soon followed by a stretch of three wins by Australians over a six-week period. And then came the shutdown, following one promising round of THE PLAYERS. Ultimately, the success story was written with the TOUR’s comprehensive strategy for golf’s return, taking a leadership role in all of sports with robust safety protocols in place.

Produced by PGA TOUR Entertainment, PGA TOUR 2020: Must-See Moments sponsored by Myrbetriq (mirabegron) re-visits these and other moments that made the season so memorable.

Tiger Woods:  Arguably the game’s greatest champion, the special delves into the magnitude of his record-tying win at the ZOZO CHAMPIONSHIP in Japan and the hype surrounding his hunt to eclipse Snead’s record for career victories.

Golf in the Pandemic: THE PLAYERS Championship was the starting point of a monumental time in history.  We relive the 24 hours that led to a decision to suspend the season, the ensuing weeks when the sport was on hold, and how golf led the way in the return to competition.

Bryson DeChambeau: Distance off the tee has been at a premium in golf’s modern era, but DeChambeau is in the midst of redefining it. Utilizing his passion for physics and a scientific formula to add length off the tee, DeChambeau is hitting record numbers, and winning along the way.

Aussie Surge: The trio of Adam Scott, Marc Leishman and Cameron Smith were part of a notable stretch that produced three Australian wins in a span of six weeks. That represents the most of any country outside the United States, and the three players contribute much of their success to the experience and confidence gained during last year’s Presidents Cup in Australia.

Brendon Todd: Following his breakout win in 2014, Todd struggled to replicate that success on TOUR – until a multi-win campaign this season landed him in the Wyndham Rewards Top 10 after the Regular Season.

Follow these and other storylines during an unforgettable season on PGA TOUR 2020: Must-See Moments sponsored by Myrbetriq® (mirabegron), on Sunday, August 30.