With less than two months left in the college season, Oklahoma State looks like a prohibitive favorite to win the NCAA Championship.

Especially on its home course.

The Cowboys, No. 1 in the Golfstat rankings, won their seventh consecutive event Sunday at the Aggie Invitational. That win streak matches the longest single-season mark in program history, set in 1986-87. That team also captured the first two events of the following season, stretching its win streak to nine total.

The seven-stroke victory in Bryan, Texas, was Oklahoma State’s eighth of the season while playing one of the country’s most difficult schedules. No other Division I program has more than five.

“The guys are really playing well,” said head coach Alan Bratton. “It’s fun to be a part of.”

The only event the Cowboys haven’t won this season was the Fighting Illini Invitational in the fall, where they finished third, 13 shots behind Texas A&M. They played that event without one of their best players, sophomore Viktor Hovland.

With four events left on the schedule, including the NCAA Championship at its home course, Karsten Creek, Oklahoma State has a chance to become the winningest team in program history, surpassing the 1985-86 squad, which won 10 times.

Still, OSU needs to finish strong to even be considered one of the best teams this decade.

The 2012-13 Cal team won 11 times, posted a head-to-head record of 206-3-1 (the three losses by a total of five shots), beat their opponents by a combined 8,238 strokes and had a lineup with three first-team All-Americans and a pair of second-teamers. That team didn’t win the championship, however, losing to Illinois in the NCAA semifinals. In 2013-14, Alabama won an NCAA record 11 times in a row across two seasons.

But in the college golf community, there’s already a strong sense of déjà vu this spring.

During the 2010-11 season, Oklahoma State also had the best team in the country – a group that included current PGA Tour players Peter Uihlein, Kevin Tway, Morgan Hoffmann and Talor Gooch – and a home-course advantage at the NCAAs. But that spring, in the semifinals, the Cowboys lost a heartbreaker to Patrick Reed-led Augusta State.

All five of OSU’s starters has a sub-72 scoring average, led by Hovland’s 69.28 and freshman Matthew Wolff’s 69.77, both of whom are ranked inside the top 6 nationally. Zach Bauchou (No. 20) and Kristoffer Ventura (No. 47) are also in the top 50, while freshman Austin Eckroat is ranked 67th.

“Every year is different,” Bratton said, “but so far, so good with this one. I like the chemistry of this group. Along with the talent level, the chemistry has helped raise our level of play.” 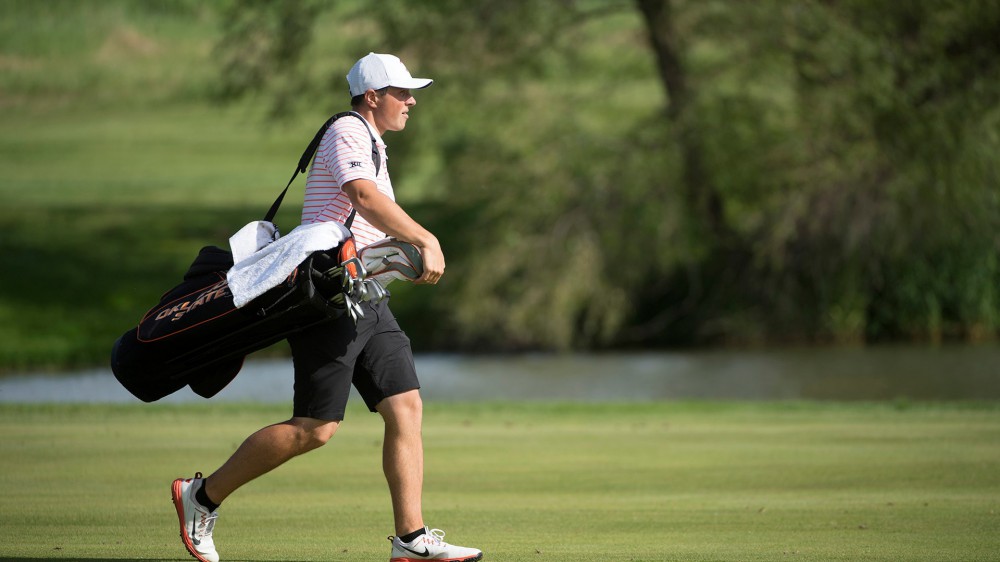 McIlroy 'ahead of schedule' after opening 65 in Dubai