Nelly Korda cracked the top 10 for the first time in this week’s release of the Rolex Women’s World Rankings.

With her victory Sunday at the ISPS Handa Women’s Australian Open, Korda climbed to No. 9, moving up from No. 16 the week before. She surpassed her older sister, Jessica, who remains at No. 12.

At just 20, Nelly is now the second highest ranked American in the world, trailing only Lexi Thompson, who’s ranked No. 5.

Korda’s victory was her second in four months. She’s on quite the run since last fall, when she broke through to win the Swinging Skirts Taiwan Championship. In her last five starts, she has finished first, third, second, T-19 and first.

With points won Sunday, Korda moved to the top of the U.S. Solheim Cup standings. The Americans will meet the Europeans in Scotland Sept. 13-15. Jessica is fourth in the standings.

It’s early, just three events into the new season, but Korda also leads the tour in official money winnings ($302,336) and Rolex Player of the Year points (39). 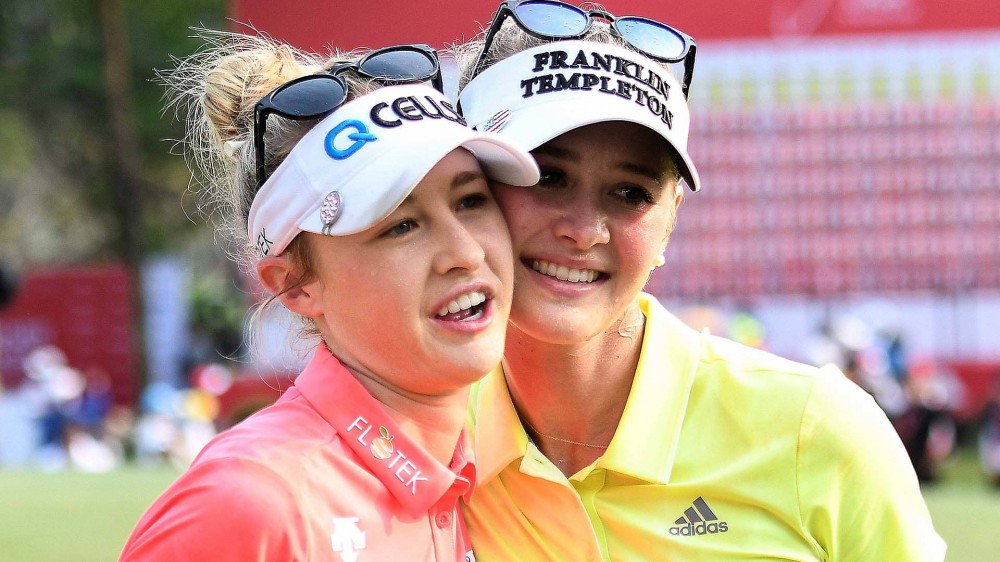