SOUTHAMPTON, N.Y. – Employing a new man on the bag in an effort to turn his season around, Sergio Garcia couldn’t sustain his early momentum at the U.S. Open.

Garcia birdied his first hole at Shinnecock Hills, and he had a spot on the early leaderboard after playing his first eight holes in even par. But the steady winds blowing across the course eventually took their toll, as the Spaniard played his next six holes in 5 over and eventually signed for a 5-over 75 to sit six shots off the lead.

“It was very hard. There was no doubt it was very hard,” Garcia said. “The greens changed colors, even from the front nine to the back nine. And with this wind and some of these pin positions, it was really, really difficult even to make pars. Personally I think I made three or four bogeys hitting the shot that I actually thought it was perfect and just trickles over the back.”

Garcia has struggled to get back on track after missing the cut in defense of his Masters title, having missed the cut in three of his four subsequent starts. In the wake of an early exit at last month’s AT&T Byron Nelson, he split with longtime caddie Glen Murray and this week has veteran looper Mark Chaney on the bag.

Garcia told GolfChannel.com that the switch was in an effort to “change the dynamics” amid his most recent slide, but he remained undecided about whether or not Chaney was on the bag to stay.

“We’ll see. We’re trying it,” Garcia said. “Hopefully it will be, but I can’t see into the future.” 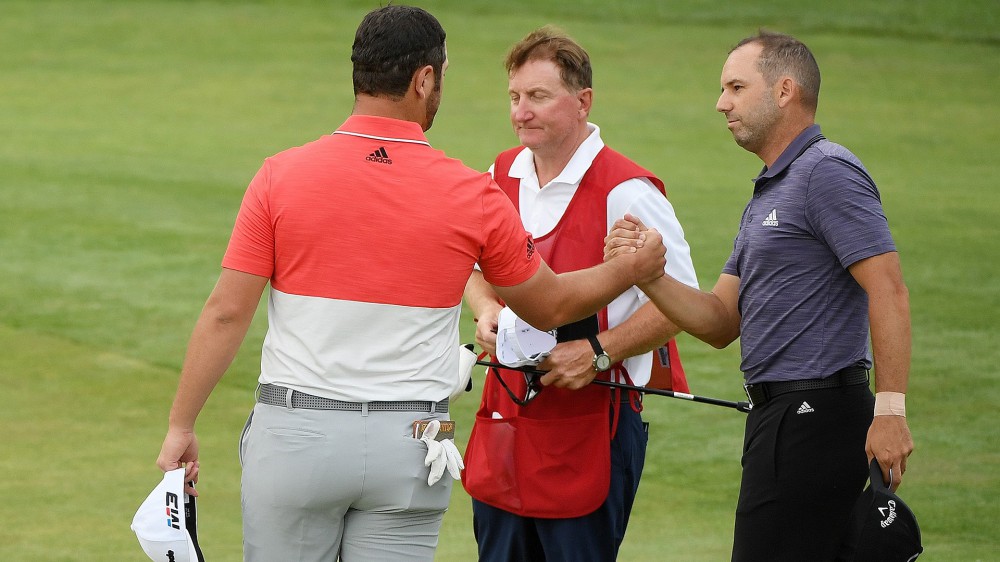