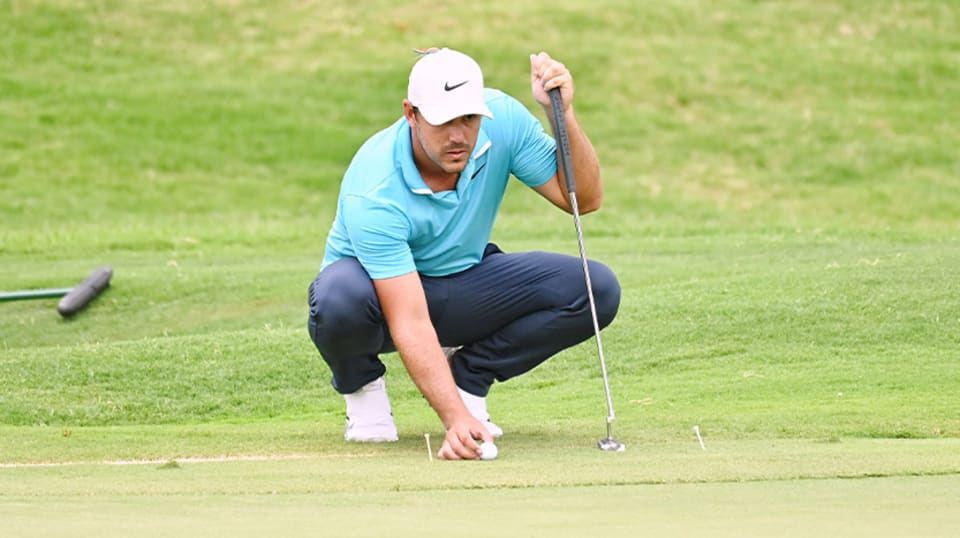 Brooks Koepka has added another coach to his stable, and the move has quickly paid dividends.

Koepka, who shot 62 on Thursday to take a two-shot lead at the World Golf Championships-FedEx St. Jude Invitational, said Thursday that he enlisted famed putting coach Phil Kenyon this week at TPC Southwind.

Koepka ranked fourth in Strokes Gained: Putting (+3.07) in the first round at TPC Southwind. He holed three putts from outside 15 feet Thursday.

RELATED: Full leaderboard | Koepka back to his best at WGC-FedEx St. Jude Invitational

He entered this week ranked 140th in Strokes Gained: Putting. He asked Kenyon for help on the eve of his title defense at the World Golf Championships-FedEx St. Jude Invitational.

“Yesterday I was talking to him and was like, ‘Listen, I’m struggling pretty bad and need your help. There’s a reason you’re the best out here,’” Koepka said. “(We) made some adjustments. First off, you always know my ball sits off the toe, so that’s changed, it’s over the center, over the line now. My heel is usually off the ground and it’s no longer off the ground. Just the way my left hand kind of works through the putting stroke has become a little bit different. It was kind of the same issue. It goes through the whole golf swing, from putting to full swing. So it’s nice to have at least a consistent basis of what to do putting all the way through the golf swing.”

Koepka finished in the top 20 in Strokes Gained: Putting from 2015-17 and has never ranked worse than 68th in that statistic. He’s gained at least +0.2 strokes per round on the greens in every season of his career but is losing -0.11 this season.

Kenyon has worked with many of the best players in the world, including FedExCup champions Rory McIlroy, Henrik Stenson and Justin Rose.